Sharif-Aminu Must Die By Hanging- Ganduje 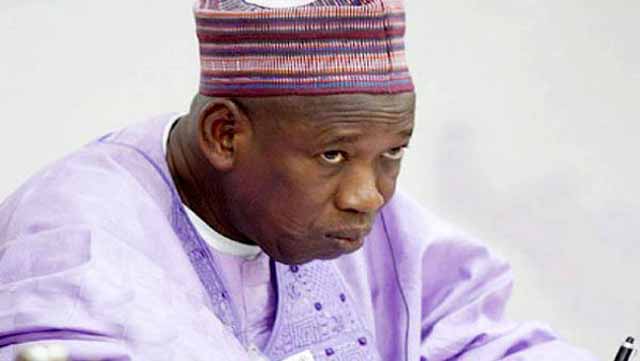 Kano State Governor Abdullahi Ganduje, has vowed to sign the execution warrant of a 30-year-old man, Yahaya Sharif-Aminu, sentenced to death by hanging by an Upper Shari’a Court in the state.

Aminu was sentenced to death by the Court after his conviction of blasphemous remarks against Prophet Muhammad, under Section 382 (b) of the Kano State Penal Code Law 2000.

Ganduje, who spoke at a special stakeholder forum on Thursday, August 27, said that he would not hesitate to sign the execution order at the expiration of the 30-day grace if the convict failed to appeal the judgment.

“If the 30 days elapsed and the convict has not appealed; and there is no evidence that he had appealed; I will not waste time in signing the warrant for the execution of the man who blasphemed our Holy Prophet of Islam.

“Lawyers just told us that the case could go up to the Supreme Court. So if that happens, I will not waste time to abide by the verdict right away,” he said.‎

The governor also lamented that the issue of blasphemy was taking to its toll in recent times; stressing that the government would not rest on its oars until it addresses the menace.

In their separate remarks, some Islamic clerics fully supported the governor to sign the death warrant.

The clerics representing different sects, described the action as the only way forward to avert future occurrence, adding it would serve as a deterrent to others.

They also urged the governor not to be distracted by activities of the human right organisations; stressing that Islam had outlined clear punishment against any person that committed blasphemy. ‎

Aminu Gadanya, Chairman, Nigerian Bar Association (NBA) in the state, said the association had supported the judgement; in view of the fact that the trial was based on the provisions of the law as well as fair hearing.

He noted that the judgement was done within the jurisdiction of the Court; while the convict has the right to appeal. ‎

‎Garba said the Court convicted the man under Section 382 (b) of the Kano state Penal Code Law 2000; also adding that even the supreme court had upheld the death penalty for blasphemy.

The Court on August 10 convicted Aminu for blasphemy; and sentenced him to death by hanging.