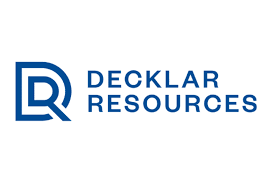 Decklar Resources, has confirmed closing of a US$20 million debt finance facility from Shell Western Supply and Trading Limited, Shell, a crude oil and petroleum product subsidiary of Shell plc., for the continued development of the Oza Oil Field in Nigeria.

Decklar and its co-venturer Millenium Oil & Gas Company Limited further announced the execution of the debt finance facility with Shell for the field development which has a tenure of five years.

Proceeds of the Development Debt will be used to fund development activities on the Oza Oil Field, including the re-entry of existing wells, drilling of new wells, and related infrastructure.

The new development wells are anticipated to have dual-zone completions with two oil producing zones simultaneously using two individual tubing strings. The full field development plan for the Oza Oil Field is anticipated to include the drilling of eight or nine new wells and the re-entry of two existing wells. As previously announced, Millenium’s historical debt has been restructured under similar terms to the Development Debt.

As recently announced, the Oza-1 well will be placed back on production once evacuation commences.