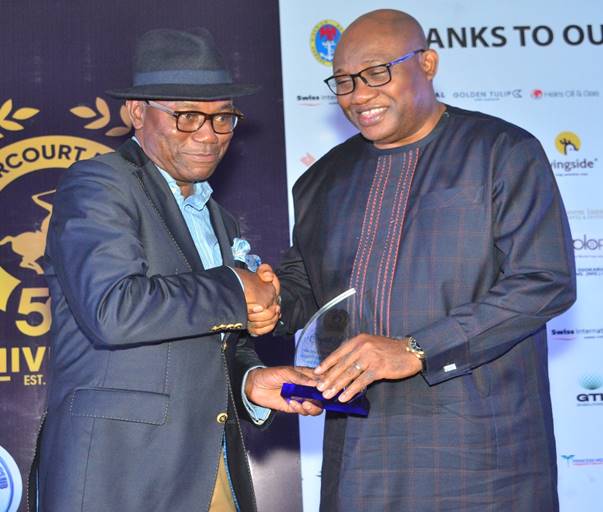 The Port Harcourt Polo Club President, Engineer (Dr.) Chukwudi Dimkpa, said “SNEPCo has been honoured in recognition of your uncompromising dedication and support of the equestrian sport of Polo in Rivers State”.

Aiboni, represented at the event by Shell Corporate Relations Manager, Mr. Evans Krukrubo, said, “I restate here our commitment to being a socially responsible organization. This is embedded in the way we carry out our day-to-day business, where we work with local organizations around our operations to make them also aware of their own roles to ensure that local communities and businesses enjoy the benefits of Shell operations. In this way, we co-create the climate for development that we all desire.”

She said, “This Crystal Award is to all of us of SNEPCo because it celebrates positive outcomes of well-thought-out collaborations; one supported fully by NNPC (Nigerian National Petroleum Corporation) and our co-venturers, Esso Exploration and Production Nigeria, TotalEnergies and Nigerian Agip Exploration (NAE). It is, as you have described, the result of our collaboration over the years.”

Aiboni said SNEPCo has several collaborations with organisations that have either distinguished themselves in their chosen fields or are positioned to provide support for much needed socio-economic development in our country. “This deliberate strategy has enabled SNEPCo to make key contributions in various sectors of Nigeria’s economy, including being the pioneer in Nigeria’s deep-water oil and gas production at Bonga, a project that increased Nigeria’s oil capacity by 10% when it began producing in 2005,” she said.

“Bonga is located 120kilometres offshore and lies in water more than 1,000 metres deep across an area of 60 square kilometres. It has the capacity to produce more than 200,000 barrels of oil a day and 150 million standard cubic feet of gas a day. The Bonga Floating, Production, Storage and Offloading (FPSO) vessel is at the heart of the field’s development, “Aiboni said.