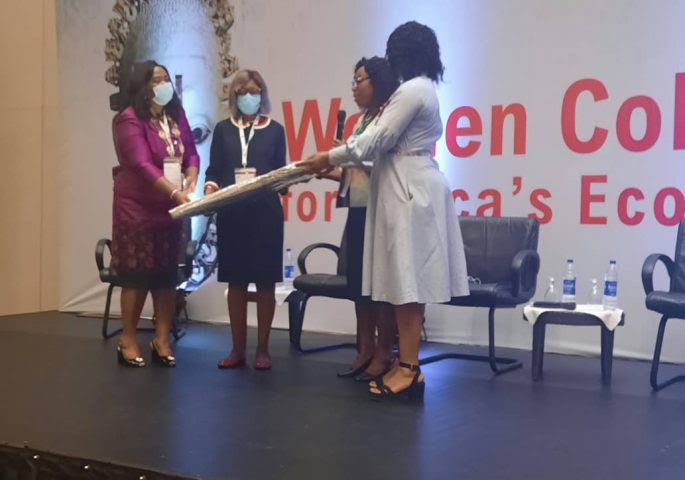 Profesional Insurance Ladies Association (PILA), on Tuesday presented an award of excellence to Ms Prisca Soares, the immediate past Secretary General of the Africa Insurance Organisations (AIO), for her meritorious service in the industry over the years.

The Theme for the Workshop was; “an offshoot of the 47th AIO Conference; Women Collaborating For Africa’s Economy Recovery”.

Ojemudia said that Soares was found worthy of the award, having performed her duties excellently over the years.

“We have in our midst a great pillar of the insurance industry, not just in Nigeria but also in Africa in the person of Ms Soares, the immediate past Secretary General of the AIO.

“We all know she has performed her duties in the industry meritoriously over the years.

“We acknowledge her strides and would be officially honouring her at this event,” she said .

Ojemudia appreciated all the pioneer presidents of the other country local associations for their dexterity and commitment towards the PILA Africa initiative.

She explained that PILA Africa is an initiative of PILA Nigeria, which has snowballed into many other African countries establishing similar associations and a lot more on the verge of concluding their modalities.

She said: “it is expected that many other African countries here represented, will be encouraged to establish their local associations and PILA Nigeria is ever ready to partner with you in this regard.

According to her, the idea is to have an umbrella body of female insurance professionals and practitioners in Africa under which members will glean together to harness the rich potentials in the continent.

The PILA president said this was to ensure that women take their rightful place in their various countries and Africa at large.

She explained that part of the gleaning comes in the form of professional networking, knowledge sharing and mentorship which was the thrust of the workshop.

“Statistics show that women constitute a significant chunk of the demography of African continent with the population of approximately 691 million.

“Out of this population, a critical chunk are professionals, including those operating in the insurance industry.

“From these records, coupled with the renewed acceleration of the number of women taking up careers in the professions, the hope of the continent would only be brighter, if the female gender is considered for strategic positions in governance and policy making across the continent,” she said.