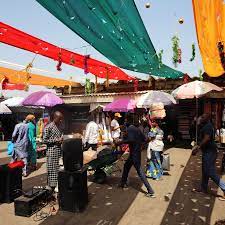 Locals say rising travel and food costs have made the holiday season more expensive and are keeping families apart.

Adeola Ehi had been looking forward to taking her two-year-old daughter home to meet her grandparents for the first time this Christmas. But increased household spending which included an unexpected rent increase made the 43-year-old communications consultant shelve the planned journey.

In Nigeria, where more than half of the population of 200 million lives on less than $2 a day, every little price increase puts a significant strain on household incomes. At least 133 million people suffer from “multi-dimensional poverty”, according to the National Bureau of Statistics, which says citizens spend about half of their income on food and another 20 percent on transportation.

The strain has become even more evident during the holiday season as families cap their expenses, including traditional travel to spend time with extended families.

“It’s safe to say Christmas has lost its cheer this year,” Ehi said from Abuja, the nation’s capital. “There’s just too much going on at the same time. The cost of food is rising, landlords are increasing rent, and even transportation costs are skyrocketing. So what is happening is that we are being forced to cut spending too tightly that we can’t even afford to buy Christmas presents for our kids,” she said.

As many Nigerian families face a surge in the price of rice, the main ingredient for making the favourite Christmas meal in Africa’s most populous country, the festive season seems to have lost its cheer.

‘My food budget is double now’

Unprecedented flooding this year, which washed away half a million hectares of farmland in parts of Nigeria, has seen the average cost of making a pot of jollof rice rise by 23.8 percent compared with a year earlier, according to Lagos-based risk advisory SBM Intelligence, which publishes the Jollof Index. Compounded by a previous ban on rice imports and dollar scarcity, a bag of rice now sells for 55,000 naira, nearly double the country’s minimum wage.

With Russia’s invasion of Ukraine in its 10th month, the effect of the war is squeezing Nigeria harder as a scarcity of energy resources and commodities, as well as a worsening foreign exchange shortage, have caused food budgets to more than double.

“My food budget is double now. Every month, I spend close to 150,000 naira on food and even at that, I am not buying everything,” said Ehi, whose family of six is living on salaries from both she and her husband.

Surging transport costs from a near year-long fuel shortage also mean many people will not be going home for the festivities. The average intra-city and inter-city transport fares are up by 45 percent or more, according to the nation’s statistics agency. At the same time, a 5kg refill of cooking gas, used by most middle-income homes, is up by 37 percent in the same period.

“I’m sad that I will not be seeing my family at Christmas this year, but it is what it is,” said Precious Jedidiah, a teacher, who said it’s the first time she will not be going home for the festivities. “I’ll rather send half of the fare home than waste it,” she said.

The scarcity of fuel, the worst since outgoing President Muhammadu Buhari took office in 2015, has also caused people to avoid travelling by car this festive season. That, and a fear of kidnapping along the roads, according to inter-city drivers.

“It’s a nightmare,” Baba Oyo, a commercial driver at Abuja’s Jabi Motor Park, said. “We haven’t seen low turnout as we’ve seen this year in quite some time. People are already afraid to travel because of the bad roads and kidnapping, and if you now add this increase in transport to everything, they are deciding to stay put and I don’t blame them at all,” he said.

While prices of food, energy and transport peak during the holiday season because of a rise in seasonal demand, higher inflation could see a fall in the growth of the Nigerian economy in the fourth quarter, Ikemesit Effiong, head of research at SBM Intelligence said from Lagos.

“Rising fuel costs, increased security, depressed food security on account of the floods at the beginning of Q4 and flatlined wage growth means that the bump in economic growth Nigeria experiences during the holiday season would be much smaller than usual this year. While negative growth is unlikely this year, aggregate GDP [gross domestic product] will fall well behind the typical Q4 trends we’ve seen in recent years,” he said.

Buhari came to power in 2015 promising to lift 100 million Nigerians out of poverty, but living conditions have deteriorated since he took office.

“We no longer eat what we want, but what is available, because of this excruciating inflation. I hope things get better soon because I don’t know for how long we can keep living like this,” Ehi said. Source- Al Jazeera