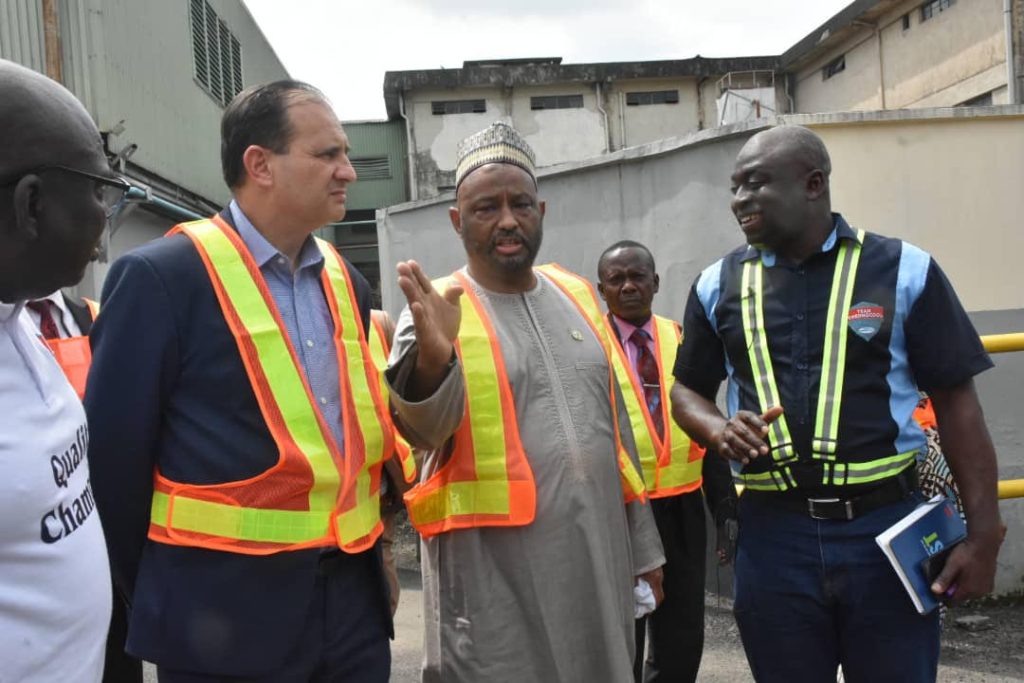 The Standards Organisation of Nigeria (SON) has charged manufacturers in the country to ramp up their production capacities to discourage importation of substandard imports.

The standards body stated that Nigerian manufacturers have the capacity and comparative advantage to produce the nation’s requirements, while also stating the need to protect, encourage and nurture local industries.

He, however, stated that SON was planning to approach the National Assembly to review SON Act, urging industries to join their voices in its bid to achieve the feat.
“This is where serious industries matter because we want to work together and we want your support as we go to the National Assembly.
“We also like to have a working relationship with different cadres of the industry through the Manufacturers Association of Nigeria (MAN),” he said.

He also pointed out the need for industries to differentiate between ease of doing business and ease of doing imports, highlighting the urgent need for companies to boost their local production capacity.
“The industry should differentiate between Ease of Doing Imports and Ease of Doing Business.
“The industries have to make it clear to regulatory agencies in this country. We want Ease of Doing Business and not Ease of Doing Imports.
“Other climes did not survive by opening their borders to every import. SON is the only regulatory agency saddled with the responsibilities of ensuring and regulating standards in the country, but we are supposed to be helped.
” Every where in the world standards bodies are supported by industries,” he urged.
He added: “The Nigerian industries are sitting idly while substandard goods and easy imports are destroying the industry.
” We have been able to sanitize the industry in the past two years, but we still need the support of industries to totally eradicate the influx of substandard goods in the country.
” We want you to come together as a group and to us so that we can see how we can protect the local industries.

“Industries are going down and PZ is just one of the few that survived over the years.

“We at the SON, we are here to serve, we are here to work with the industry to make sure that people who are trying to destroy the industry are not only locked up and punished but are stopped.
“Our responsibility is to advertise Nigeria’s local industries and we are not ashamed to be your partners. In other climes, bans protect the local industries. The Nigerian industries should start looking at this direction. You have the capacity to produce the things we need. The industry must work together with us.

“Together we would lobby the National Assembly and if the National Assembly is convinced that PZ and other industries can produce all our requirements, they will ban importation of products; we have the comparative and competitive advantage of producing. Let us work together and map out a strategy that the regulatory agencies can work with to eradicate substandard goods into the country,” he advised.