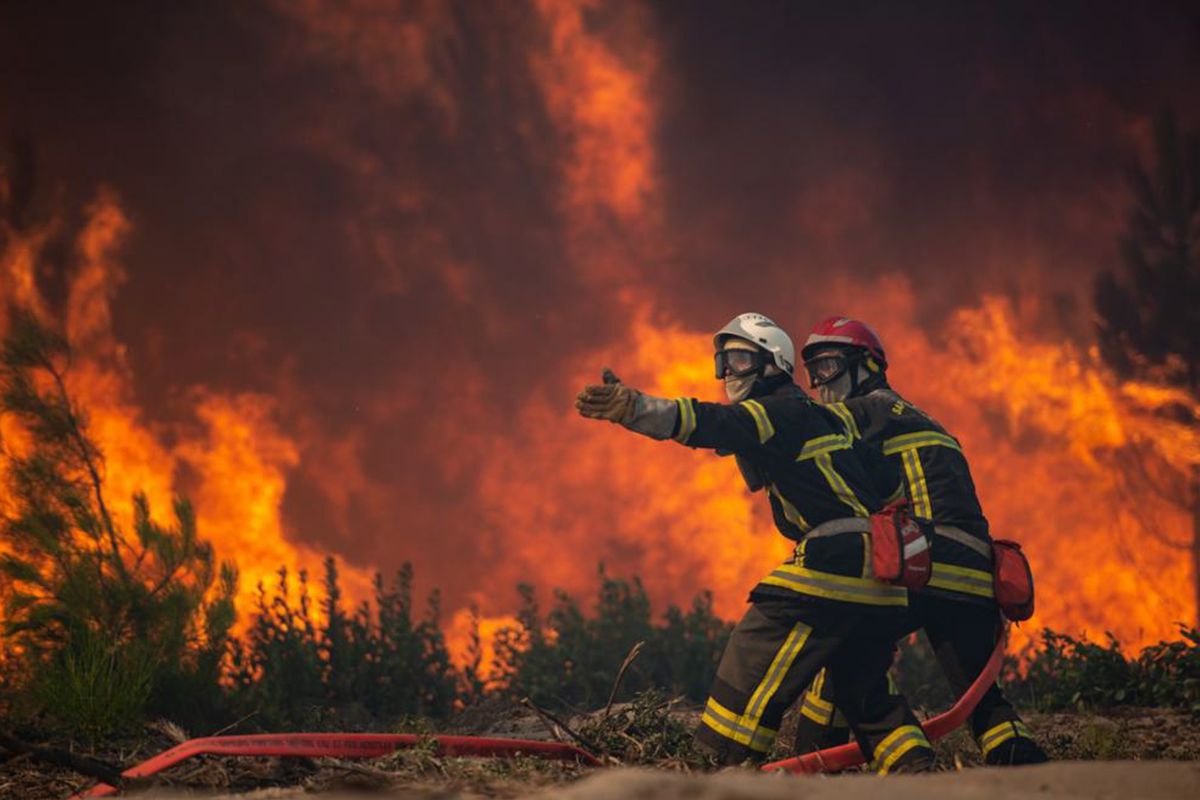 Deaths were reported in Spain and Portugal while France struggled with record temperatures as the heatwave began moving north, putting other countries on alert.

Firefighters were battling blazes across southern Europe on Tuesday as a heatwave sent people hunting for shade and compounded fears about climate change.

In Portugal, the charred bodies of an elderly couple were found inside a burned-out vehicle after they tried to escape a wildfire ripping across the northern municipality of Murça, authorities said on Monday. Murça’s wildfire is one of nine blazes sweeping across drought-hit Portugal, which has been battling a heatwave since last week.

In Spain, wildfires were raging in several parts of the country, including the popular southern destination of Málaga. A second fatality was reported on Monday, when a shepherd’s body was found in Sierra de la Culebra, a mountain area in Spain’s northern Zamora province. The first victim was a firefighter who was trapped by the flames on Sunday.

And a Spanish man trying to protect his town from a wildfire had a close brush with death on Monday when the blaze engulfed his digger, forcing him to run for his life while patting out flames on his clothes. Angel Martin Arjona had been digging a trench to stop the approaching fire from reaching the northwestern town of Tábara when the flames closed in on him. The video above shows Arjona running away from the flames, stumbling and running again, his pants still burning. He was taken to hospital by helicopter with serious burns after his dramatic escape, his friend, mechanic Juan Lozano, told Reuters.

This past weekend Spanish firefighters were dealing with 37 separate fires, around half of which were still burning out of control. The year 2022 is proving to be the most devastating in 15 years for Spain, with 140,000 hectares of land burnt so far, nearly seven times as much as the annual average for this time of the year. This time in 2021, 30,000 hectares had burnt down. The number of wildfires has also reached a historical high of 301 since January, compared with the historical average of 82.

The fires have been feeding off the soaring temperatures affecting large parts of Europe. In France, a weeklong heatwave reached a peak on Monday in the country’s west, where the national weather service Météo-France spoke about “an apocalypse of heat.” Several wildfires have been raging for days in the area, destroying over 15,000 hectares and forcing the evacuation of thousands of residents.

There were some signs that conditions were starting to ease after days of blistering highs, but the heatwave was moving north. Belgium and Germany are expecting the heatwave to hit them in coming days, while temperatures nudged 38ºC (100º F) in southern England on Monday and were forecast to hit a record-breaking 40ºC (104º F) on Tuesday, according to Britain’s Meteorological Office.

British train companies cancelled services and some schools closed while officials urged the public to stay home and the government triggered a “national emergency” alert.