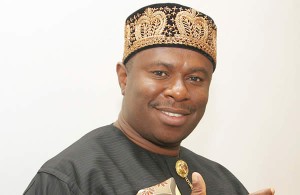 The Director-General of the Nigerian Maritime Administration and Safety Agency, NIMASA, Dakuku Peterside, has explained that the industry stakeholders awards, introduced last year, aims at encouraging maritime operators in the country to continue to comply with international regulatory instrument to sustain standards at global level.

Dakuku stated this recently in Lagos during a ceremony at the Agency’s headquarters to inaugurate an independent panel of judges for the NIMASA 2019 Maritime Industry Stakeholders Awards, headed by a former Managing Director of the Nigerian Ports Authority, NPA, Chief Adebayo Sarumi.

He also pointed out that the award was set up to celebrate success stories in the sector and encourage stakeholders to strive for excellence towards growing the nation’s economy through the maritime sector.

He noted that, “the award is to honour industry players, who comply with extant rules and regulations and encourage others in the area of regulatory compliance. The awards will also inspire, encourage and instill global best practice in the Nigerian maritime space.”

On his part, Sarumi commended the Agency for institutionalising the industry recognitions. He said service recognition by a regulatory agency, such as NIMASA, was a noble idea.

The chairman of the independent panel of judges told Dakuku, “I continue to marvel at the amount of innovativeness your management puts into the maritime industry. You have pushed our industry to higher gear, not just to the next level, but much higher levels than you met it.”

“The fact that NIMASA as a regulatory Agency recognising the efforts of stakeholders is quite commendable. The approach will encourage a better relationship between the regulator and the industry,” he added.

The terms of reference of the committee include: to identify the various categories of awards for the industry; invite applications from industry stakeholders and the general public for various categories of the award; set criteria and benchmark for the selection process; and finalise the list of awardees in the different categories for submission to the Agency.