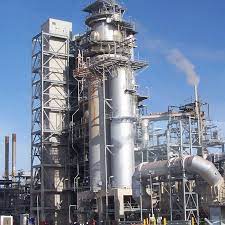 Stakeholders in the nation’s oil and gas industry have called on the Federal Government to grant operators of modular refineries tax holidays in order to grow refining capacity.

The call for a tax break for the modular refineries investors is contained in a communiqué from the Nigerian Oil and Gas Opportunity Fair (NOGOF) held last May with the theme ‘‘Leveraging Opportunities and Synergies for Post Pandemic Recovery of the Nigerian Oil & Gas Industry’’.

The communiqué also posited that for the sustainability of modular refineries, operators are better of if they forged partnership with upstream companies for easy access to feedstock, while also collocating with other modular refinery operators to form synergies and enjoy the use of shared assets and infrastructure which are quite expensive.

Many modular refinery licensees’ years after being granted license to operate by the Department of Petroleum Resources (DPR) are unable to take-off due to lack of funds and other operational constraints which pose to major threat to investment.

Recall that DPR had in June reported that 40 firms are currently in possession of dormant refinery license.

The DPR refinery license status report indicated that as at May 2021, a total of 68 refineries license and approval had been granted, out of which 40 are inactive.

The communiqué maintained that investments by modular refinery operators are a huge incentive because it acts as catalysts for national development and socio-economic industrialization.

Other conference resolution and recommendations included in the communiqué was the need for an exercise where the Nigerian Content Development and Monitoring Board(NCDMB) would ascertain the capacity of servicing and manufacturing companies, including the fabrication and ship yards, as well as other infrastructure, and the entire value chain, including aging assets with declining production for a period spanning two to five years where it identifies gaps and avails the stakeholders the opportunity to plan ahead.

The communiqué also agreed that it would be a wise decision for government to cede operations and maintenance services of the nation’s refineries to private, external managers, once rehabilitated, due to the limitations with the previous models. While private outfits are profit-oriented thus ensuring continuity, the professionals in civil service are constrained by the retirement and routine staff postings.

On subsidy, the conference strongly recommended that government offers equity to labour unions such that the books will be laid bare before them in order to elicit understanding and voluntary participation which would eventually reflect in the pump price of petroleum products.

They also expressed hope that gas molecules can be used to exit the present subsidy regime via effective deployment and monitoring of Compressed Natural Gas(CNG) for automobiles.

Other far reaching recommendations included the need for operators to form partnerships with host communities, advising that companies should avail themselves the benefits inherent in the community content guidelines for host community dealings, including contractors’verification in order to reap the best attributes from the communities.

They noted that the youths always function as the first protective shield, regarding security concerns; a practice that also cuts the operating cost of the company on security.