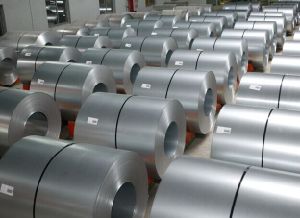 The Galvanized Iron and Steel Manufacturers Association says local steel manufacturers are feeling the effect of smuggling of substandard steel products into the country and that government was losing about N1bn revenue weekly as a result of  that.

Speaking during a media briefing, the spokesperson for the association, Abdullateef Bello, said the loss was occasioned by the neglect of pre-inspection of any container coming into the country, expressing the Association’s disappointment that smuggled substandard steel products are freely traded in all Nigerian markets.
He added that smuggling was killing the industry and the manufacturers.

He stated that GISMA, as a body under the Manufacturers Association of Nigeria, has been battling for some time with what he called the “dismal economic sabotage” which may lead to the collapse of up to 60 per cent of manufacturers in the production of Galvanized Iron and Steel Manufacturing Companies in Nigeria.

He added that it may also result to mass lay-off of more than 50,000 direct employees and crystallization of numerous associated systemic risks in the Nigerian Steel Industry in a country where unemployment is already high.

He pleaded with the Presidency to rescue the Nigerian steel industry from “imminent collapse” as a result of smuggling.

He said, “There is a cartel of economic saboteurs who import huge volumes of containers every week valued at about $5m, which were never captured under the correct HS Code 7210.30.00.00 – 7210.50.00.00 of the Nigerian Customs Service portal, making the Federal Government of Nigeria to lose an estimated revenue of about N1bn on a weekly basis on these smuggled items due to the neglect of pre-inspection of any container coming into the country which was hither-to the practice in Nigeria.

“The Galvanized Iron and Steel Manufacturing Companies have demonstrated absolute confidence in the Nigerian economy, as evidenced by the establishment of verifiable mega steel mills in Nigeria.