Student Set Ablaze For Blasphemous Disposition Against Islam In Sokoto 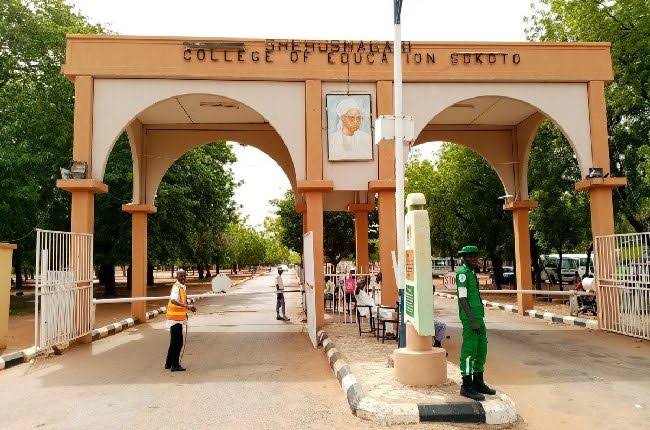 A student identified as Deborah, has been stoned to death and later set ablaze by irate Muslims at the Shehu Shagari College of Education, Sokoto, on Thursday.

Deborah was accused of being sacrilegious against Prophet Muhammed and had expressed blasphemous and heretical talk.

The deceased was violently stoned to death and later set ablaze by the angry mob, who are mostly students of the college.

The college authorities immediately announced the closure of the school and ordered students to vacate the campus.

The deceased, whose details were still sketchy as of the time of filing this report, was seen in a video that has gone viral on social media being violently attacked until she collapsed and was set ablaze.

She was said to have made “derogatory comments” against the prophet on a WhatsApp platform.

A student of the college identified only by her first name, Jamila, narrated how the incident started on Wednesday.

She said it all started when someone sent a broadcast message to a WhatsApp group of the students, to which Deborah, the murdered student, belonged.

“It was that kind of message that will ask you to share with other groups if you don’t want evil to befall you,” said Jamila.

But the now deceased Deborah complained that such messages should not be sent to a WhatsApp group created for the sharing of important information about tests and assignments.

Jamila said although she later deleted the voice note, other members of the group had shared it among their friends in the school. It eventually sparked tension among the students on the campus.

PREMIUM TIMES reported that when the students tried to mob Deborah, the school’s security men came to her rescue. They informed the police when the situation started to get out of hand.

But a resident of Bado, the host community of the college, Ibrahim, said the police couldn’t rescue Deborah as the mob kept hurling stones and objects at the police and the shelter where she was kept.

The shelter, which was originally a cell where the school security locked up thieves caught on the campus, has also been burnt down by the mob.