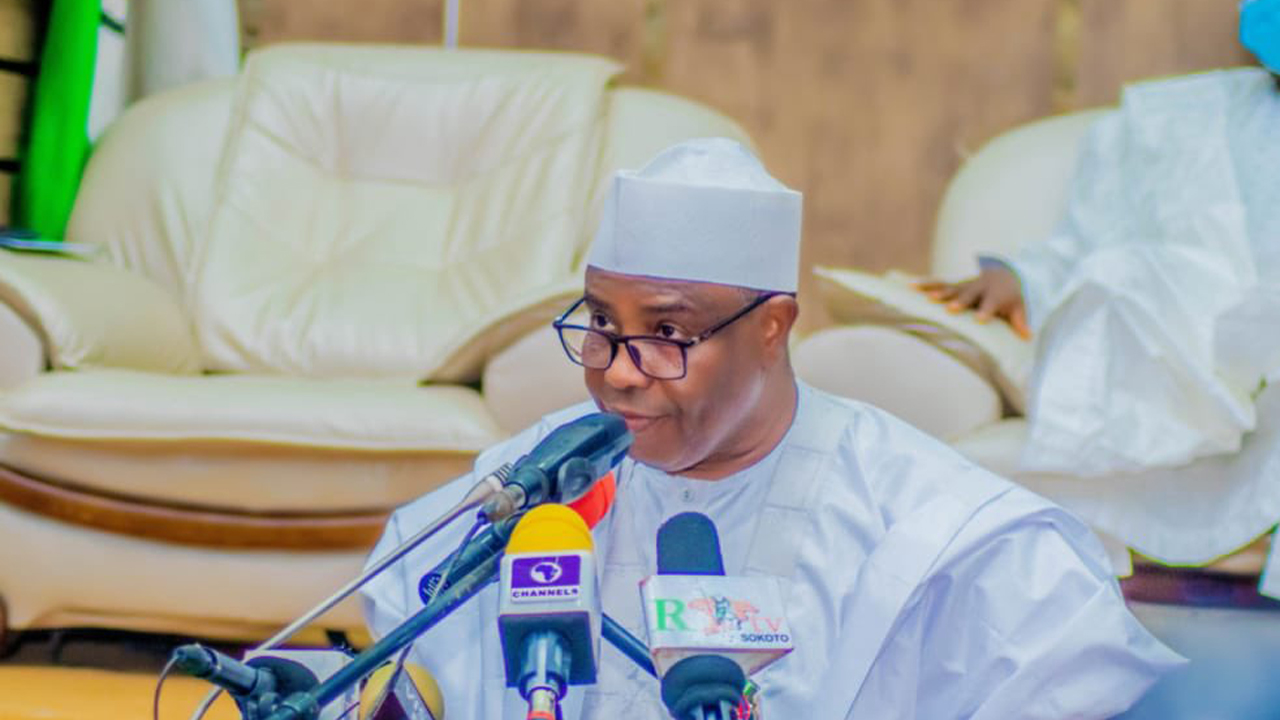 Sokoto State Governor, and former Speaker, of the House of Representatives, Aminu Tambuwal has cautioned against the decision of the Senate to subject powers of the Independent National Electoral Commission, INEC, to conduct elections to the Nigerian Communications Commission, (NCC), and National Assembly.

Tambuwal, in a statement said INEC constitutional power could not be shared with any institution and that the move is patently unconstitutional.

According to him, “For the avoidance of doubt, S.78 of the Constitution provides that ‘The Registration of voters and the conduct of elections shall be subject to the direction and supervision of Independent National Electoral Commission’.

“In the Third Schedule, Part 1, F, S.15: INEC has the power to organise, undertake and supervise all elections.

“The Constitution further provides that INEC operations shall not be subject to the direction of anybody or authority.”

Tambuwal said that the mode of election and transmission of results were critical parts of the conduct, supervision, undertaking, and organisation of elections in Nigeria, adding, “Of course, the National Assembly has the power to flesh out the legal framework but that has to be consistent with the Constitution.

“These constitutional powers have been solely and exclusively prescribed by the constitution to INEC; and cannot be shared with the NCC, or any other authority, and certainly not a body unknown to the Constitution.”

He said that the Senate decision to subject INEC’s constitutional power to conduct elections to NCC was consequently patently void, unconstitutional, and unlawful.

“We had earlier counselled that the mode of conducting elections; and in particular the transmission of votes be left with INEC; who would monitor developments and determine at every election; the type of technology to be deployed to ensure free, fair, and credible elections.

“If INEC determines that in any part of the country, electronic transmission is not possible; it would by regulations determine the appropriate thing to do.”

Tambuwal, however, commended the leadership and members of the House for the decision; to invite INEC to address the House and nation on its readiness by 2023; to deploy electronic transmission technology for the country elections, which seems to be a wise one.

He further admonished them to remain on the path of patriotism and deepening of Nigeria democracy; by engendering and strengthening a free and fair electoral process.

“We admonish INEC to be solely guided by the National interest; and the desire of all Nigerians for a credible, free and fair elections; in using its constitutional powers and in the deployment of error-free technology.”