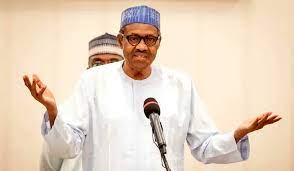 There are strong indications that many foreign nations may have concluded plans to commence evacuation of their citizens following terror alert in Abuja.

The United States government employees and their families are to be evacuated from Nigeria over potential terrorist attacks.

The US State Department announced that an approval of the evacuation was contained in an updated Nigeria travel advisory issued on Tuesday evening.

The United States and United Kingdom on Sunday said there was possible terrorist attack in Abuja, especially aimed at government buildings, places of worship and schools, among other targets.

“On October 25, 2022, the Department authorized the departure of non-emergency U.S. government employees and family members due to the heightened risk of terrorist attacks,” the advisory read.

The Federal Government, through the Minister of Information had dismissed the security alert, stating that Nigerians are safer now, stating that the Nigerian Armed Forces were on top of security challenges in the country.

“Our country is safer today than at any time in recent times, thanks to the sacrifice of our men and women in uniform.

“We do not discountenance the fact that terrorists, bandits and their kind would always want to do whatever it takes to disrupt our nation’s peace, security and stability. But our security forces have been proactive.”