Terrorists on the rampage in Plateau, Niger, kill 52, abduct hunters, others 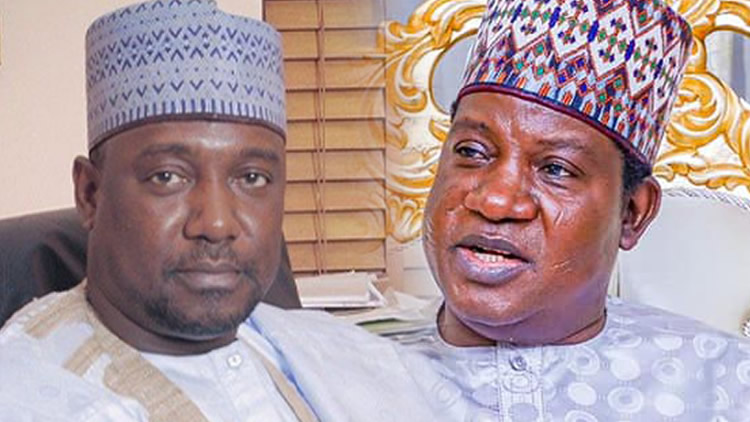 Fifty-two persons have been killed in separate attacks on communities in Plateau and Niger states.

While 18 persons were confirmed killed after gunmen attacked the Ncha community in the Bassa Local Government Area of Plateau State, gunmen on Wednesday attacked two communities in Niger State and killed 34 persons.

The Niger State incident appeared to be reprisal as a few weeks ago some special hunters and local vigilantes killed scores of gunmen who were e terrorising the communities.

The gunmen launched Wednesday’s attack on Nakuna and Wurukuchi communities when the villagers were on their farms harvesting produce.

All the houses in Nakuna, with a population of about 200, were burnt down by the gunmen, who invaded the community in search of vigilantes.

According to Yahaya Mota, who lost 10 members of his family to the attack, 20 other bodies were discovered in the bush.

Mota stated, “After the attack on Nakuna, we discovered that 10 persons from one family were killed and we later found the bodies of 20 others in the bush.

“Also in Wurukuchi, four members of the same family were killed on their farm.”

Apart from the razed houses, he said the gunmen also burnt food barns in the communities before leaving.

“These people didn’t only kill our people and burn down our houses, they also burnt down all the food barns before leaving,” Mota stated.

He added that during the search for members of the vigilance group and local hunters, the gunmen abducted three of the special hunters.

The 75-year-old Mota said six children and four others, who came to assist in the harvesting of farm produce, were killed in a terrible manner, adding that their hands were tied to their backs before they were shot.

When contacted, the state Commissioner of Police, Monday Kuryas, confirmed the incident but said the command had yet to ascertain the actual number of people killed during the attack.

He added that security personnel had been deployed in the affected communities to restore normalcy.

In Plateau State, a youth leader in the Ncha community, Nuhu Bitrus, confirmed the killing of 17 persons to The PUNCH in Jos on Wednesday.

Bitrus said that the gunmen, who carried out the attack, also burnt several houses belonging to the residents, while several persons sustained injuries.

According to the youth leader, the attack on the community took place in the early hours of Wednesday and lasted for several hours.

He said, “We have a disaster currently in one of our communities in Ncha. Some gunmen, whom we know to be Fulani, last night invaded the community and started shooting everywhere and killing anyone they saw in sight, while setting people’s houses on fire. Right now, we have counted 17 dead bodies and six persons that were injured during the invasion, which started around 2.30am.

“The Ancha community is the same place that one person was killed just a few days ago by the same people. We don’t know what to do before the government and security agents will see the need to protect our people from extermination, which obviously is the intent of the attackers.”

But later on Wednesday evening, the Irigwe ethnic nationality of Plateau state under the aegis of Irigwe Development Association said 18 people were killed.

It released the names of the deceased.

A statement issued on Wednesday night by the National Publicity Secretary of the association, Davidson Malison noted that among those killed by the gummen was a three-month-old baby identified as Monday Bitrus which he said “justified an act of inhumanity to man”

The military task force in charge of maintaining peace in the state, Operation Safe Haven, also confirmed the attack on the community on Wednesday.

A statement signed by the Military Information Officer, Major Takwa Ishaku, said, “In the late hours of Tuesday, January 11, 2022, troops of Operation Safe Haven received a  distress call of an attack on the Acha community in the Bassa Local Government Area of Plateau State.

“The troops responded swiftly and mobilised to the village. On reaching the community, the attackers had fled the village. Houses were destroyed and some villagers lost their lives during the attack.

“Troops of Operation Safe Haven are on the trail of the assailants and details of the pursuit will be made available later.

“The Commander, Operation Safe Haven, Maj Gen I. S. Ali, while commiserating with the families of those who lost their lives during the attack, reiterated his resolve to ensure that the perpetrators of evil on the Plateau face the consequences of their dastard acts.”

Lalong described the attack as another sad tale in the unending cycle of violent attacks in the area, which had continued despite several measures taken by the government.

According to the statement signed by Lalong’s Director of Press and Public Affairs, Macham Makut, the governor ordered security agencies to ensure that they fish out the attackers at all costs, “as bringing such perpetrators to justice is the only way to halt the barbaric killings.”

Makut stated, “The governor asked the GOC, 3rd Armoured Division and Commander, Operation Safe Haven; the Commissioner of Police; Department of State Services; Operation Rainbow; and other security organs in the state to utilise intelligence available from survivors and other sources and ensure that the perpetrators of this and other attacks are apprehended and exposed.

“While commiserating with the families of those killed and the survivors, the governor directed the Plateau State Emergency Management Agency and the Peace Building Agency to move in and assess the damage as well as offer immediate humanitarian interventions.

“Meanwhile, the governor has praised security forces for busting a kidnap group and rescuing some victims in Barkin Ladi, describing the action as heart-warming and proof that criminals would not be allowed to rest in Plateau State.

“He directed further investigation and arrest of the fleeing suspects for prosecution, promising that those found guilty would face the law, which prescribes death penalty for convicted kidnappers.” -Punch