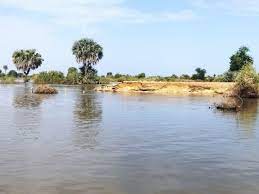 TotalEnergies has extended its interventionist measures, to help assuage the sufferings of communities affected by deadly flood in Rivers State.

TotalEnergies provided various relief materials and logistics to the people while also providing medical assistance and daily feeding to victims in the four Internal Displaced Peoples (IDP) camps set up by the Egi Peoples Assembly.

It was a tale of woes and lamentations as unprecedented floods ravaged many parts of the country, rendering millions homeless, and causing massive destruction of property, farmlands, and infrastructure across the country.

According to the Ministry of Humanitarian Affairs more than 600 lives have been lost, with thousands injured and about 1.3 million displaced while hundreds of thousands of houses as well as vast tracts of farmland have also been destroyed.

The Egi and Ekpeye communities, host to TotalEnergies facilities in its OML 58 concession were not immune to the devastating floods.

In response, the company established a crisis management response team to come to alleviate the impact of the scourge on affected communities.

Nine communities were impacted in Egiland and 90 villages in the Ekpeye kingdom.

These measures include, evacuation of over 5,000 people from flooded areas, daily feeding of 2,700 IDPs in four camps established at Akabuka GSS – Ogbogu CPS, Erema C school, Obite civic Centre and provision of 165 life Jackets for rescuers and victims.

There is also a stand-by medical and industrial hygiene team for the IDP camps with provision of mobile toilets and evacuation trucks for the four IDP camps among other items.

Empathising with the people, TotalEnergies Deputy Managing Director JV Asset, Mr. Guillaume Dulout conveyed the company’s solidarity with the people of Egi and Ekpeye over the devastating floods that swept across the length and breadth of the kingdoms, rendering families homeless, destroying farmlands and other sources of livelihoods. “We are here to stand with our people in Egi and Ekpeye.

TotalEnergies is not just a responsible company but a responsive corporate citizen and committed member of the two kingdoms. That is why anything that affects our hosts, affects us too”.

However, TotalEnergies assistance to the communities does not stop at intervention but the company has developed five key areas of action as part of the post flood intervention programme. These areas include treatment and rehabilitation of water facilities to curb the issues of cholera and other diseases.

Another area is the restoration of electricity occasioned by the destruction of electric poles and other facilities by the floods. There is no doubt that the floods came with various ailments and diseases and to ameliorate this, the company is planning to organize a mass free health campaign where patients can be examined and provided with medications.

Also, part of the post flood remediation programme, TotalEnergies plans to repair some roads for the free movement of people, goods, and vehicles.

The devastation of farmlands will invariably have a negative impact on the harvesting of farm produce for the people who are largely farmers. Experts fear this would lead to food shortages and hunger. Against this backdrop, TotalEnergies is providing enhanced cassava and yam seedlings to farmers for cultivation to help forestall widespread hunger in the affected communities.

“It is our hope that this gesture will ameliorate the current hardships faced by the victims of the flooding in our communities. We wish to re-assure you of our commitment to partnering with our key stakeholders in bringing the desired development to our host communities,” Mr. Dolout, stated during his visit to the affected areas.