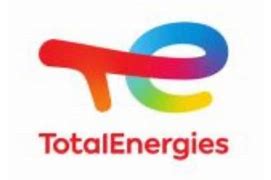 TotalEnergies posted a record profit for the third quarter, driven by high energy prices and soaring prices of LNG as Europe scrambles to procure gas ahead of the winter.

TotalEnergies reported on Thursday an adjusted net income of $9.9 billion for the third quarter more than double the adjusted earnings for Q3 2021 and a record for the company.

Net income stood at $6.6 billion after taking into account a new impairment of $3.1 billion related to Russia. Despite the impairment, the net income in Q3 was still 43 per cent higher than in the same period of 2021.

Cash flow from operations more than tripled to $17.8 billion compared to the third quarter of last year.

TotalEnergies’ Integrated Gas, Renewables & Power segment reported a record-setting adjusted net operating income of $3.6 billion for the third quarter, up by $1.1 billion from the second quarter, and cash flow of $2.7 billion, “driven by an average LNG selling price up more than 50% compared to the previous quarter and by the strong performance of its trading activities.”

Also on Thursday, Shell reported strong quarterly earnings despite weaker trading in gas compared to the records of the second quarter. Shell intends to lift its dividend and is launching a new share buyback program after reporting its second-highest quarterly earnings for Q3, second only to the record profit for the previous quarter.

Shell is the world’s top LNG trader while TotalEnergies is the second-largest, yet Shell did not benefit from the LNG import boom in Europe due to its weaker trading results.

Regardless, yet another very profitable and record-breaking quarter for Big Oil could convince EU policymakers that windfall taxes on the largest energy firms could help pay for government support to consumers’ soaring energy bills.