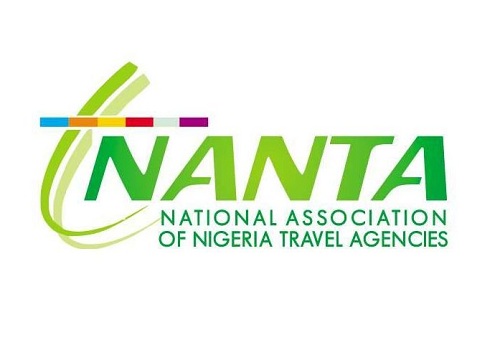 The National Association of Nigeria Travel Agencies (NANTA), has raised serious concern that Nigerians currently buy tickets to the tune of N3million and still be charged as high as N1million to change travel dates.

This is even on tickets bought before the problem began.

NANTA, told the media in Lagos, that the continued increment in the price of local and international air fares is becoming worrisome and declared it unacceptable to Nigerians and the trade association.

National President of the association, Mrs Susan Akporiaye, urged the Federal Government to engage necessary stakeholders in the aviation industry on the development.

According to her, the increment is hostile to the survival of Nigerian aviation downstream sector.

“This is unacceptable, exploitative, and hostile to the survival of Nigerian aviation downstream sector.

” We call for sanity and return to the best inventory practices and deployment. We urge government, as a matter of urgency, to open further windows of engagement by calling for a meeting with all parties involved,” she said.

Akporiaye said such parties include the Central Bank of Nigeria (CBN), the Minister of Aviation, Minister of Finance, Minister of Foreign Affairs, Nigeria Civil Aviation Authority, the International Air Transport Association and NANTA.

“We appreciate government for the release of some funds for the aviation industry and we hope this problem will be attended to promptly,” she said.

Akporiaye said the nation was going through one of the most difficult times in its travel economy.

She said there were issues of foreign exchange scarcity, unbelievable local and international travel fare increases, visa restrictions and threats of deportation at the slightest whims of some foreign countries.

The NANTA president said that businesses must be considered, as they were on the verge of total collapse and staff in the industry might be forced into the streets.

She advised the foreign airlines to have a rethink, knowing well that Nigeria remained a high net worth destination for them to do business.

” We request that the foreign airlines pause and have a rethink on this that we find exploitative.

” They are advised to restore inventories across board and think of the good days when they flew in and out of Nigeria, enjoying the best patronage from us and Nigerian travelling public.”

She said the delay in the repatriation of funds of foreign airlines in the country assumed an embarrassing scenario when IATA labeled Nigeria as a debt bearing nation.

According to her, NANTA embarked on empathy visits to all the foreign airlines to share in their pains.

She said NANTA rubbed minds with the airlines on engaging government through the Ministry of Aviation and the Central Bank of Nigeria to readily find solutions to payment and release of the trapped funds.

She noted that in the course of these strangulating circumstances, the airlines withdrew lower inventories across board, selling at the highest possible openings as a way to cushion their funds being trapped.

” Amidst the challenging exorbitant option for our clients and other travelling

publics, not excluding the threat to job losses and closure of shops by most of our members, we held on to optimism that our government will respond.

” Just recently, the federal government through the Central Bank of Nigeria

released about 265 million dollars to service this trapped funds and to which IATA hailed Nigeria for taking strategic measures to end the problem.

” Sadly, that gesture resulted to foreign airlines visiting the Nigerian travelling public with most exploitative response in the name of protecting their business.

” Their response, which we could describe as ‘High Fare Pandemic’, is solely targeted at Nigeria and Nigerians, and cannot be seen anywhere in Africa, even in countries where they also have their funds being trapped.

” This problem must be resolved promptly,” she said.