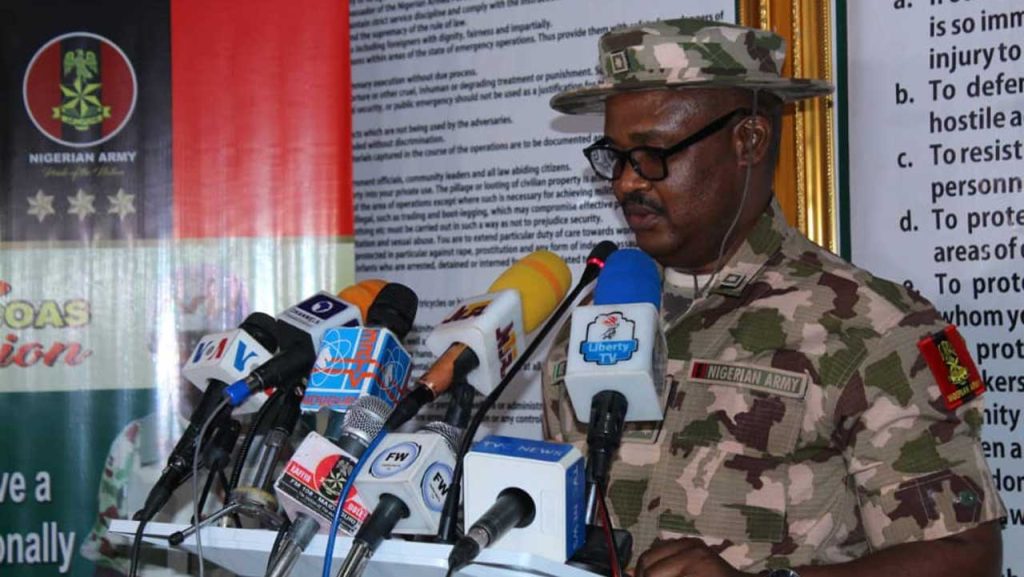 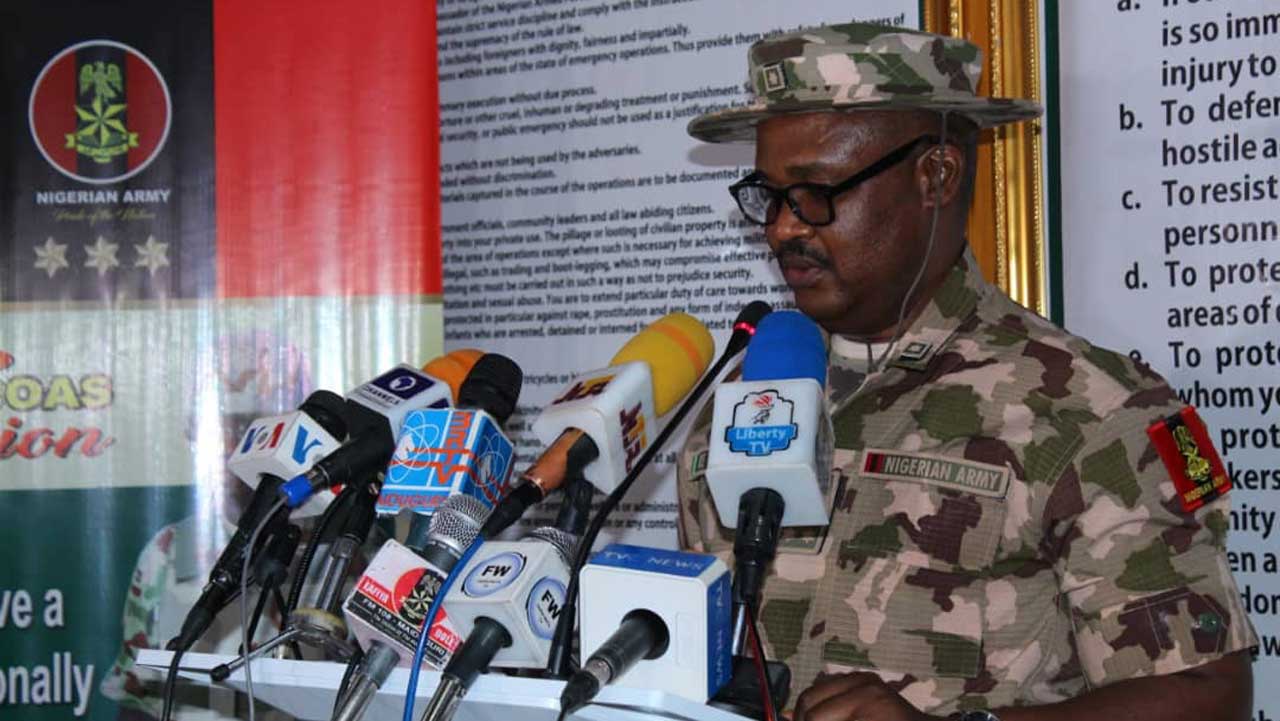 The Defence Headquarters says the troops of Operation Whirl Stroke have arrested four kidnappers, neutralised three bandits and rescued a kidnapped victim in recent operations in parts of Benue.

The Director, Defence Media Operations, Maj.-Gen. Bernard Onyeuko, made this known in a statement on Sunday in Abuja.

Onyeuko said the troops had on June 24 arrested four suspected kidnappers at Igumale Council Ward of Ado Local Government Area of the state.

According to him, all arrested criminals have been handed over to the police for necessary action.

Onyeuko said the troops also conducted a raid at a bandits hide out at Mbahuwuhe village in Utange council ward in Katsina-Ala Local Government Area.

He said the operation led to the killing of three bandits and rescue of a kidnapped victim who was on blind fold in the hideout with injuries.

According to him, the rescued victim is presently undergoing treatment.

“Several items including a motorcycle, two cell phones among others were recovered before the hideout was brought down.

“The military high command commends the troops and encourages the general public to avail troops with credible and timely information on criminal activities,” he said. (NAN).