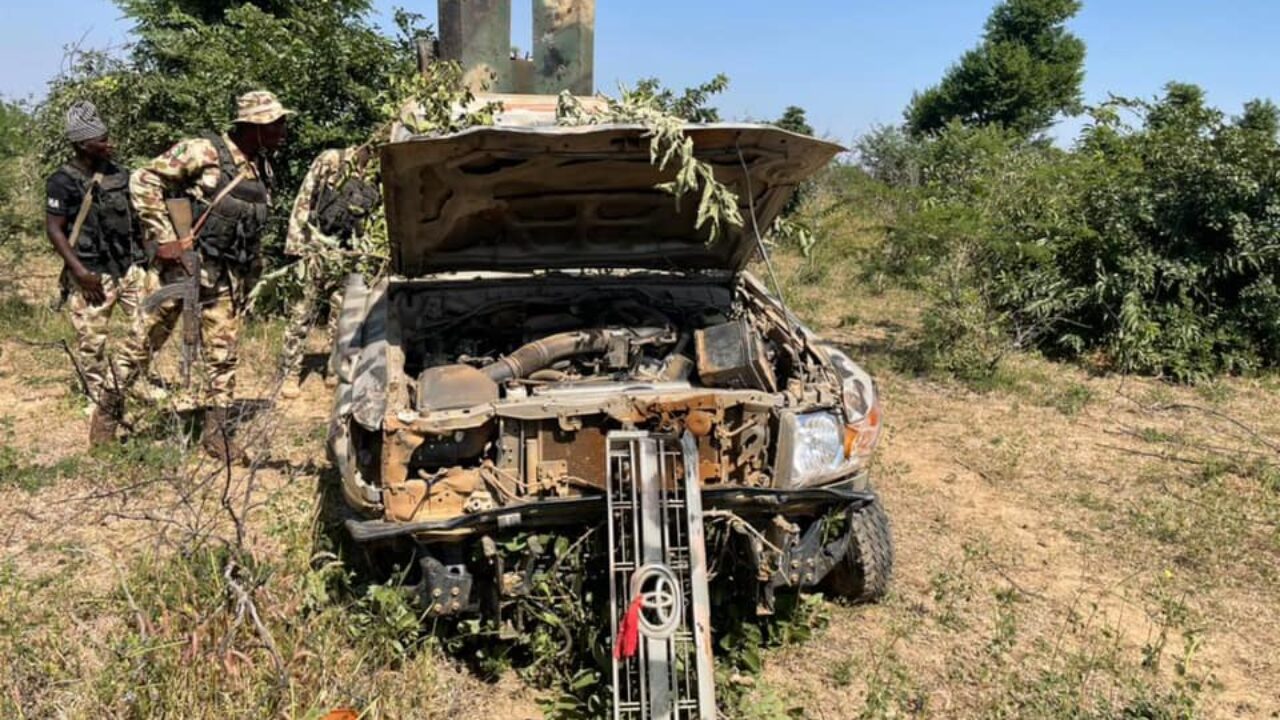 The 115 Task Force Battalion had an encounter with ISWAP terrorists in Askira Uba on 13 November 2021, during which the troops aggressively defended their location and followed up with a ferocious counter-attack. Unfortunately, the Commander 28 Task Force Brigade alongside three of his soldiers paid the supreme price, as they reinforced troops to defend the location.

While the battle raged, the gallant troops of the 25 Task Force Brigade, supported by the Air Component of OPHK  engaged the terrorists in hot pursuit. Troops made contact with the fleeing terrorists at Leho village within Askira Uba LGA and in the encounter that ensued, troops eliminated scores of terrorists and destroyed their combat equipment.

Relatedly, troops of 115 Task Force Battalion conducted dawn exploitation towards Leho village and environs,  where they discovered 3 corpses of the fleeing terrorists and also recovered 2,560 rounds of 7.62mm Special and 29 rounds of 7.62mm NATO ammunition abandoned by the terrorists.

In a separate operation, troops have also recovered one AK 47 rifle and uncovered an Improvised Explosive Device (IED) during a patrol in Karawa village and Baga Fish Dam area respectively. The IED has been safely detonated by a team of the Explosive Ordnance Disposal unit.

Meanwhile, the Chief of Army Staff (COAS), Lieutenant General Faruk Yahaya has led a team of the top brass of the Nigerian Army to pay a condolence visit to the family of the late Commander 28 Task Force Brigade, Brig-Gen Dzarma Zirkusu on Sunday 14 November 2021, where he commiserated with families of the fallen heroes.

He has also urged the good people of the NE to continue to support the ongoing counter-insurgency operations, while reaffirming troops’ renewed operational readiness to aggressively confront the criminal elements.