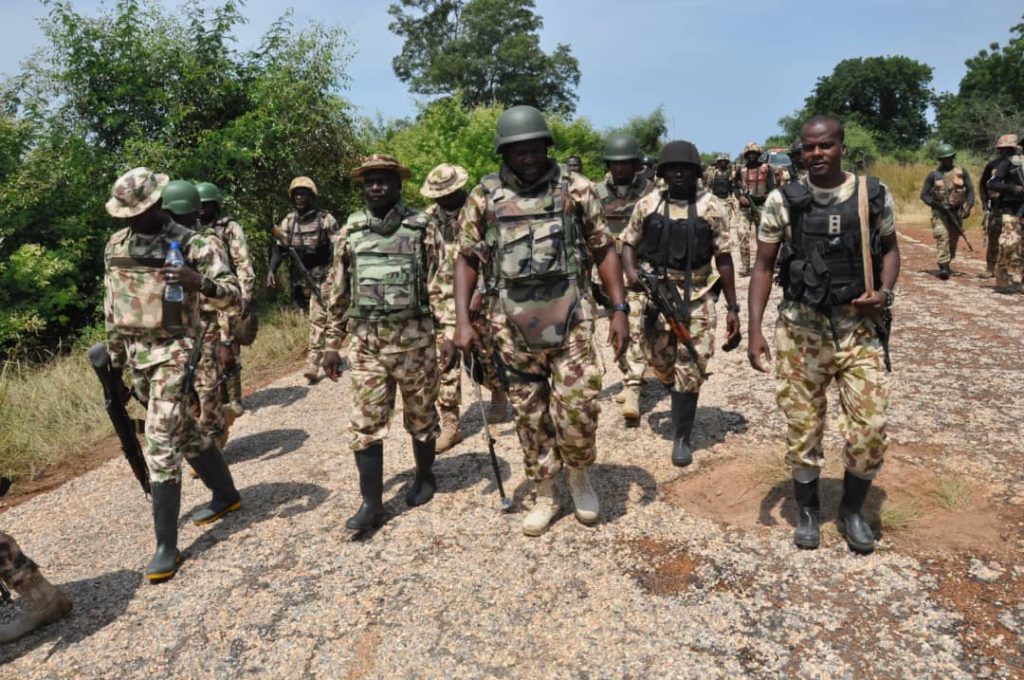 Troops of the Nigerian Army gave terrorists bloody noses on Sunday in Kaduna State as they killed seven of them and recovered arms and ammunition.

He stated that the troops of 1 Division Nigerian Army conducting “Operation Forest Sanity’’ were prepared for further onslaughts against terrorist groups in the Northwest geopolitical zone.

“They conducted clearance operations at Maidaro, Kagi Hill, Kusharki and Anguwan Madaki in Birnin Gwari Local Government Area of Kaduna State during which contacts were made with terrorists.

“In the fierce encounter that followed, four bandits were neutralised, forcing others to flee in disarray,’’ Nwachukwu stated.

He explained that, the gallant troops recovered two AK 47 rifles with two rounds of 7.62mm Special and one automatic pump action gun with three cartridges.

Nwachukwu added that in a separate operation conducted by another fighting patrol team of 1 Division of the Nigerian Army, troops intercepted bandits fleeing from Kagi Hill.

They were intercepted along Sabon Birnin – Zartake, Ungwan Lima Riyawa and Tungan Madaki general areas, with support from the air by the Nigerian Air Force.

He added that the Chief of Army Staff, Lt-Gen Faruk Yahaya, commended the troops for their gallantry and urged them not to relent until terrorism and other criminalities were brought to an end in the region.

“The troops need credible and actionable information that will assist in the fight against the criminal elements,’’ Nwachukwu stressed. (NAN)