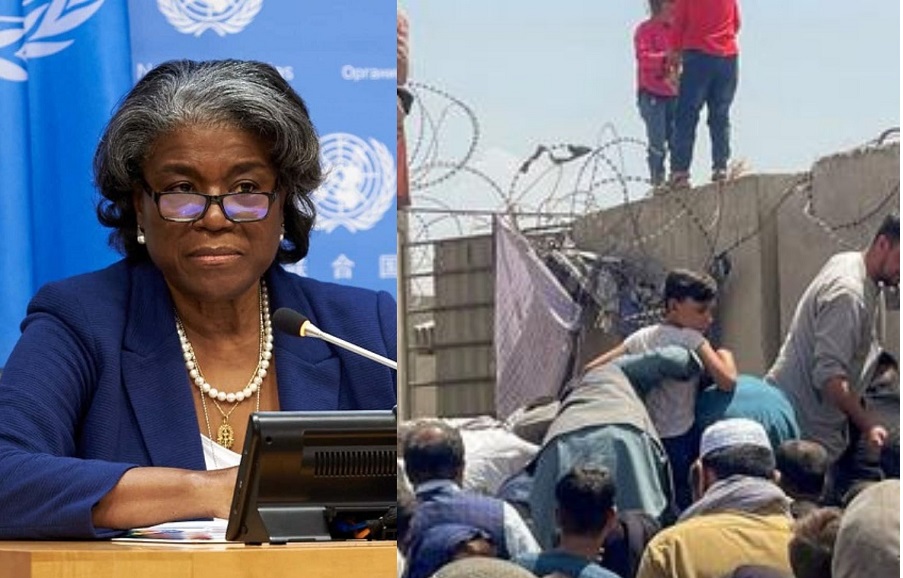 Following Taliban’s capture of their country, Afghan citizens who are seeking to leave their homeland may be received as refugees in the United States.

The U.S. Ambassador to the United Nations, Linda Thomas-Greenfield, disclosed this in a tweet on Monday.

She assured that the U.S. government was ready to host any Afghan national who wants to resettle at the moment.

“All Afghan nationals and international citizens who wish to depart must be allowed to do so safely. The U.S. promises to be generous in resettling Afghans in our country. I am heartened by the pledges we’ve seen from other nations to do the same. We all need to do more,” she tweeted.

The recent unsavory situation in Afghanistan followed the withdrawal of U.S. troops from the country.

From city to city, the Taliban kept advancing till the country’s president, Ashraf Ghani, was said to have fled to another country.

On his part, Afghanistan’s Foreign Minister, Mohammed Haneef Atmar, condemned what was playing out in his country.

“Greetings and best wishes to all dear friends and compatriots. After yesterday’s cowardly attacks on my colleagues and my residence, which I strongly condemn, we arrived safely with a number of respected colleagues. I will soon share my views on the current situation in the country with my dear compatriots,” he tweeted on Monday.