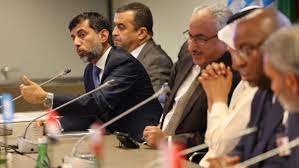 Oil is clearly in long-term “decline mode”, according to the Energy Minister of the United Arab Emirates, one of the world’s biggest exporters of the commodity, Bloomberg reports.

According to the report, the UAE will supply the world with crude for as long as it is needed, the Minister said.

“To assume oil is going to be there forever is wishful thinking,” Suhail Al-Mazrouei said in a speech at the ADIPEC Energy Conference in Abu Dhabi.

The Arabian Gulf is accelerating a multi-billion-dollar plan to raise production capacity, part of an effort to extract as much value as possible from fossil fuels while there is still demand.

Still, the country is also investing in cleaner fuels such as hydrogen and solar power. It has committed to neutralising carbon emissions within its borders by 2050.