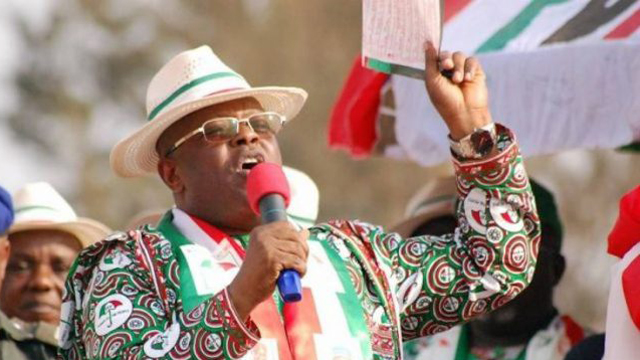 The Independent National Electoral Commission (INEC) says it will make decisions on court orders and motions regarding the defection of Gov. Dave Umahi of Ebonyi and his Deputy, Chief Kelechi Igwe, next week.

The commission said this in a statement by Festus Okoye, INEC National Commissioner and Chairman, Information and Voter Education Committee, on Thursday in Abuja.

Okoye said that within the last three months, INEC had been joined in 71 new cases in various courts across the country, including those litigations on the defections of the elected officers in Ebonyi State.

He also disclosed that INEC had been served with 10 separate court orders and motions on defection of Umahi, Kelechi and 16 members of the State House of Assembly.

Okoye said that INEC met on Thursday and deliberated on a wide range of issues, including the rising tide of litigations that did not directly involve the Commission, but in which the principal parties joined it.

“The commission has been served with nine separate Orders and Motions from various Courts on this matter.

“Just as the commission was about to commence deliberation on them, its attention was drawn to additional Court processes served on March 17, in respect of the matter.

“Consequently, the commission decided to defer its deliberation on the Ebonyi cases and stepped down the listed Memorandum.

“This to enable its Legal Services and Clearance Committee to study the new processes in the light of the previously served ones and advise the Commission comprehensively.

“The commission will meet again next week to deliberate on the matter and thereafter make its decision public.”(NAN)