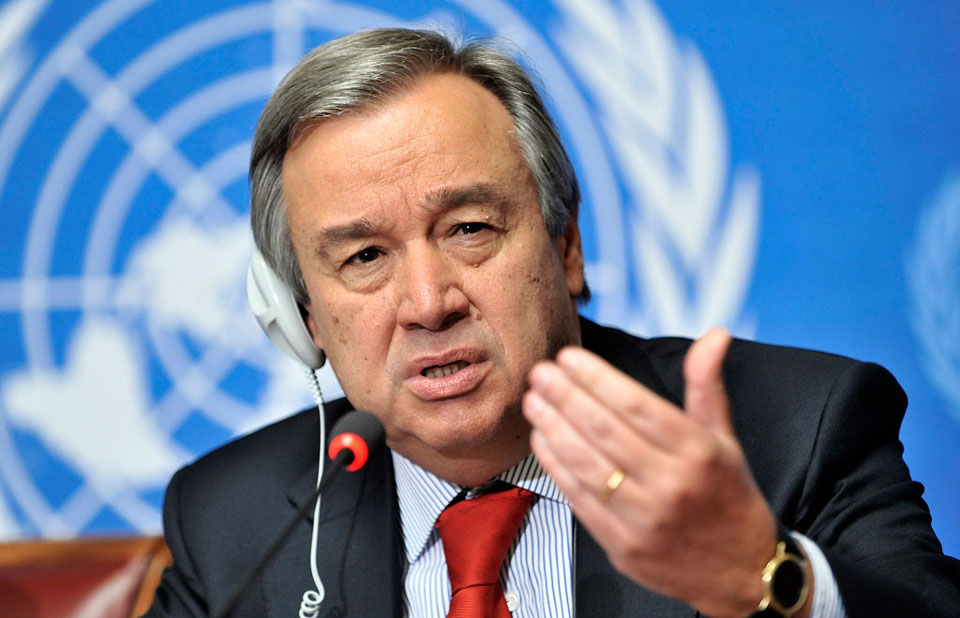 The Secretary-General of the United Nations, UN, Antonio Guterres on Sunday

demanded the immediate release of President Alpha Condé, of Guinea after a mutiny in the country.

They appeared on national TV claiming to have dissolved the government but the defence ministry said the attempted takeover had been thwarted by the presidential guard.

This follows hours of heavy gunfire near the presidential palace in the capital, Conakry.

Guterres, in his twitter @antonioguterres strongly condemned the development.

“I am personally following the situation in Guinea very closely.

“I strongly condemn any takeover of the government by force of the gun and call for the immediate release of President Alpha Conde,’’ the UN Secretary General was quoted as saying.

Also, African Union (AU) and the Economic Community of West African States (ECOWAS) have condemned the coup and demanded the immediate release of President Condé.

In a statement, ECOWAS described the action as a clear violation of the ECOWAS Protocol on Democracy and Good Governance; demanding for the immediate return to constitutional order.

ECOWAS through its chairman, President Nana Akufo-Addo of Ghana, said,

“ECOWAS reaffirms its disapproval of any unconstitutional political change.

“It asks the defense and security forces to remain in a posture Republican and expresses its solidarity with the Guinean people and Government,”