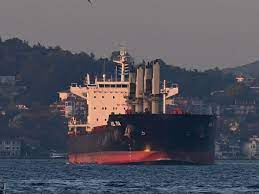 The United Nations, UN and some other stakeholders have said that a wartime agreement that unblocked grain shipments from Ukraine and helped temper rising global food prices will be extended by four months.

If this happen it will help to prevent a price shock to some of the world’s most vulnerable countries where many are struggling with hunger.

Ukrainian President Volodymyr Zelenskyy called the 120-day extension a “key decision in the global fight against the food crisis.”

Struck during Russia’s war in Ukraine, the initiative established a safe shipping corridor in the Black Sea and inspection procedures to address concerns that cargo vessels might carry weapons or launch attacks.

The deal that Ukraine and Russia signed in separate agreements with the U.N. and Turkey on July 22 was due to expire Saturday. Russia confirmed the extension but said it expected progress on removing obstacles to the export of Russian food and fertilizers.

Ukraine and Russia are key global suppliers of wheat, barley, sunflower oil and other food to countries in Africa, the Middle East and parts of Asia where millions of impoverished people lack enough to eat.

Russia was also the world’s top exporter of fertilizer before the war.

A loss of those supplies following Russia’s February 24 invasion of Ukraine had pushed up global food prices and fueled concerns of a hunger crisis in poorer countries.