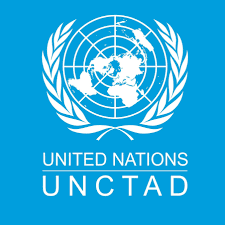 The United Nations Conference on Trade and Development (UNCTAD) has canvassed de-risking financing for small and medium-sized enterprises n Nigeria whereby the interest rates are reduced and access to loans are facilitated.

The UNCTAD, made the demand after revealing that about 50 million Small and Medium scale Enterprises (SMEs) are suffering from about $416 billion unmet financing needs of every year in Nigeria and other African nations.

UNCTAD in its report titled “Economic Development in Africa Report 2022” stated that Nigeria represents about 38 per cent of the financing needs of micro, small and medium-sized enterprises in Africa.

The report said Nigeria and some other countries like Egypt, Ethiopia, Kenya, Rwanda and South Africa, are already leveraging this market, but that there is an untapped outsourcing market with increased potential for the engagement of productive SMEs in these and other countries in the region.

The report called for leveraging the market opportunity on a strong Information Communication Technology (ICT) skills base, adding that the availability of relevant ICT infrastructure and an effective regulatory environment would promote fair participation for both large firms and SMEs.

“In Niger, formal micro, small and medium-sized enterprises, of which there are relatively few (about 8,000 firms), are highly credit constrained, with a financing gap equivalent to 44 per cent of the country’s GDP.

“The credit constraints faced by many micro, small and medium-sized enterprises can affect their sales, profit growth and exports,” it stated.

Depending on the costs involved, it said different models could be leveraged to raise the participation of SMEs in this potential new market (ICT). At the micro level, it noted that the SMEs could be engaged directly engaged by foreign and domestic outsourcing firms or through networks that connect micro-SMEs and freelancers to potential clients.

Indirect barriers, according to the report include infrastructure and equipment issues, low levels of digitalization and technology, difficult access to financial services, fuel- and mining-commodity dependence, a low level of regional integration and lack of a competitive environment.