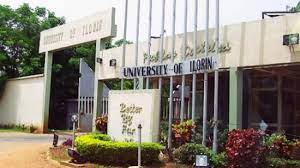 The Student Union Government (SUG) of University of Ilorin (Unilorin) has applauded the appointment of Prof. Wahab Egbewole, as the 12th Vice-Chancellor of the university.

The appointment of Egbewole, an expert in International Law and Jurisprudence, was announced on Thursday by the Pro-Chancellor and Chairman of the university Governing Council, Malam Abidu Rafindadi Yazid.

Reacting to the development, Mr Isaac Adeleye, the General Secretary of Unilorin SUG, welcome the appointment in an interview with the News Agency of Nigeria (NAN) in Ilorin on Friday.

NAN reports that the appointment of Egbewole followed a rigorous selection process of who succeeds the outgoing vice-chancellor, Prof. Sulyman Abdulkareem, whose tenure ends on Oct. 15.

Adeleye expressed satisfaction over the appointment, noting that the process was hitch-free and peaceful.

“The university stakeholders were able to conduct themselves in a good atmosphere because the outgoing vice-chancellor has done well in his own capacity.

“It is left for the next vice-chancellor to lead from where he has left,” he said.

The SUG general secretary however said that Unilorin students have great expectations from the incoming new V-C, adding that they expect good raport with him.

According to him, they are yearning to go back to school and are hopeful that his advent as the new vice chancellor will ensure school resumption.

Adeleye said the ongoing strike by the Academic Staff Union of Universities (ASUU) is a bad thing for all Nigerian students.

The student’s union scribe expressed optimism that the Unilorin would reclaim its glorious position of uninterrupted academic sessions. (NAN)