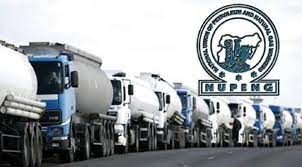 The Nigeria Union of Petroleum and Natural Gas Workers, (NUPENG), has warned that it will protest so as to cripple operations of Indorama Eleme Petrochemicals Company in Rivers State, over alleged anti-labour practices.

NUPENG, in a statement by its President and General Secretary, Prince Williams Akporeha and Afolabi Olawale, alerted government, security agencies and the public in general to what it described as “the anti-labour, crude and unscrupulous machinations of the management of Indorama Eleme Petrochemicals Company in Rivers State.”

The Union accused the management of Eleme Petrochemicals Company of “intentional and unlawfully setting one Union against another in its unscrupulous pursuit of perpetually enslaving Nigerians working for them.”

The NUPENG said “For several years until middle of last year, several workers working in the Petrochemical plant have been working under very indecent and precarious conditions of Labour/ Service contracts with strict denial to join the Trade Union of their choice.

“After several years of struggles which finally culminated in Union/Management meeting at leadership levels held in Lagos in November last year, an agreement was reached to allow these workers to be organized into the Union and recognition extended to them by management.

“The inauguration of the Branch of the Union was done accordingly in December last year and Management in line with the agreement, extended recognition to these workers as members of NUPENG.

“Suddenly in a very bizarre manner, precisely on the 16th of December 2022, we received notice of court action from another Union challenging the unionization exercise, claiming that the management of Indorama Eleme Petrochemicals Company had invited the Union in same December 2022 and ceded these same set of Workers to them.

“The same statement was repeated by this same Union in the presence of all other Stakeholders at a meeting to resolve this issue on Saturday, 14th January, 2023 and the management could not deny this weighty allegation of intentional and unlawfully setting one Union against another in their unscrupulous pursuit of perpetually enslaving Nigerians working for them. This without doubt is dubious, illegal and highly provocative.

“This statement becomes very imperative for us to put the narrative clearly in the public domain, and to warn that the leadership and members of the Nigeria Union of Petroleum and Natural Gas Workers, will do all we deem legally and operationally fit and proper to redress this unfortunate situation.

“The government and good people of Rivers State should urgently advise the management of Indorama Eleme Petrochemical Company to toe the line of decency and global best practices in Industrial Relations before the matter gets out of control.” it stated.