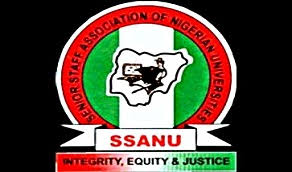 The Joint Action Committee (JAC) of the Non-Academic Staff Union (NASU) and the Senior Staff Association of Nigerian Universities (SSANU), has issued a notice that they will down tools over whatthey described as Federal Government’s insensitive attitude towards implementing the 2009 agreements it signed with the two unions.

The two unions had embarked on a 5-day warning strike on August 18, 2019 over the refusal of government on renegotiation of the 2009 FGN/University staff unions’ agreement, earned allowances of workers and university staff school owed.

The JAC, while addressing newsmen at the Labour House in Abuja, accused the federal government of paralyzing major activities of the nation’s educational ivory towers.

Speaking at the event, the national vice president/zonal chairman (Northern zone), Comrade Solomon Alfa, stated that JAC was demanding the sum of N30 billion from federal government for non-payment to the non-teaching staff in order to close the gap it created by the discriminatory allocations.

The Federal Government had earlier disbursed the sum of N25 billion which was allocated to federal universities in 2019 with 80% of the sum allocated to the teaching staff (ASUU) while only N5bn 20% to the entire non-teaching staff were included.

Alfa said the discriminatory practice in favour of ASUU and against the non-teaching staff was not only worrisome but “portrayed the present government as biased, as well as causing divide and rule and disharmony in the system and as an avenue to crumble and/or kill the university education system.”

Also, Alfa said over 2,000 members of NASU and SSANU have been sent out of their jobs via a circular released by the National Salaries and Wages Commission (NSIWC) since 2014 which is in violation of the provisions of the 2009 agreement between the FG, SSANU and NASU respectively.

“The implication of this delay is that the university system has been pulled back by 10 years (2009-2019) and still counting.

“The progress that the university would have made through the renegotiation of the agreement, which also includes university funding, university governance and improvement of standards, has been denied because the Federal Government wants to kill the public universities and promote their interests (private universities),” he said.

He, however, stated that members of NASU and SSANU would return to their duty posts at the end of the 5-day warning strike as the JAC will decide the next line of action.

To this end, the JAC of NASU and SSANU is calling on the Federal Government to expedite action in addressing the issues raised by the JAC to avert imminent ‘mother of all strikes’ in the university sector.

It tasked the populace to condemn the act by government with a view to correcting itself.

FG To File Charges Against  Persons Linked With $9b UK Judgment

Police To Sustain Collaboration With OPC In South West — IGP