Unmetered Electricity Customers In Nigeria Rise To Over 7 Million 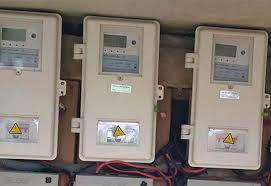 The Nigerian Electricity Regulatory Commission (NERC), has given the number of electricity consumers on estimated billing to be over 7.8 million.

Available data showed that unmetered electricity users increased from about six million in 2021 to the latest figure as at last year.

The NERC also revealed that Nigeria earned an estimated N4.4bn from the export of electricity in three months. It disclosed this in its just-released 2022 report.

This implies that a total of 7,802,467 power users are without meters and receive estimated electricity bills.

“At a macro level, quarterly meter installations have been reducing as a result of the winding down of the National Mass Metering Programme phase 0.

“This can be explained by the constant updating of Discos (distribution companies) customer base information as a result of ongoing customer enumeration”.

The Commission, however, said it had continued to engage relevant stakeholders to ensure month-on-month increments in metering rate.

The report stated that the NERC was also instituting safeguards against the over-billing of unmetered customers by setting maximum limits to the amount of energy that might be billed to an unmetered customer during a period.

A report on January 2, 2023, disclosed that the Federal government will deploy six million meters, which would be deployed nationwide in the first and second quarters of this year to reduce the number of unmetered electricity consumers in Nigeria.

The report stated that the government disclosed in a December 2022 document on the review of the performance of the power sector/Nigerian Electricity Supply Industry under the current administration.

“We are perfecting plans for an additional six million meters under the second and third phases of the (NMMP) programme that will commence in the first and second quarters of 2023 respectively,” the Minister of Power, Abubakar Aliyu, stated in the document.

Meanwhile, the NERC, in its latest quarterly report, stated that Nigeria earned a total of $9.98m (about N4.4bn at the exchange rate of N440/$) from the export of electricity during the three-month review period.

On remittance by special and international customers, the commission stated that in 2022/Q1, no remittance was made by Ajaokuta Steel Company for invoices of N391.65m and N69.45m issued to it by the Nigeria Bulk Electricity Trading Plc and power Market Operator respectively.

It added, “Odukpani-CEET received an invoice of $3.42m from MO during the period but no payment was made by this customer. The non-settlement of market obligations by this category of market participants should push MO and NBET to activate relevant safeguards for remittance shortfalls.”