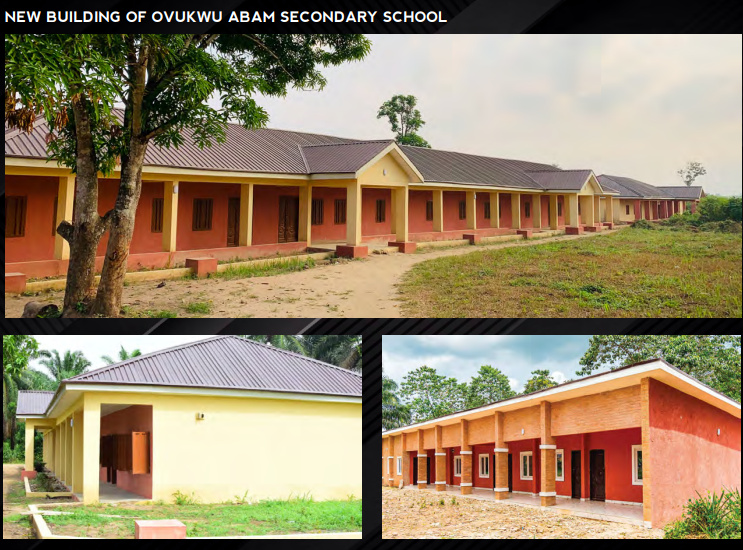 The Unubiko Foundation has completed the renovation of the Amaelu-Abam Customary Court in line with its objective of promoting infrastructure development in communities as well as in promoting justice and peace.

Ume, who is the Chairman, Unubiko Foundation, urged all indigenes of the state to be part of the dedication and handing over ceremonies.

He said the initiatives were part of the Foundation’s life touching projects, expressing belief that the renovated classroom block, court rooms, the Women Development Centre and church would be greatly valued and urged members of the community to protect the facilities against vandalism.

“The Abam Onyerubi community in Arochukwu Local Government of Abia State has for so long desired transformation and improvement in the development of the ancient community.

“We heard the cry of the indigenes and embarked on these hope-restoring projects across the community,” Ume, who is the Chairman of The Whistler Newspaper said.

He revealed that prior to the intervention in the school, the students were learning under a dilapidated building, which was also a major discouragement to school attendance.

He wondered what type of learning outcome under such dilapidated structure would produce students that would be able to compete with their peers in other parts of the world.

“Government and individuals must do more to support education, we need collective action on infrastructure development if we are to produce the right leaders of tomorrow,” Ume added.

Ume had last year revealed that the Foundation had launched a N250 million intervention fund to rebuild the Ovukwu-Abam Secondary School, Atan Abam.

He had said the launch of the N250 million intervention fund was based on his commitment to the development of his people both infrastructural-wise and in capacity.

The Foundation had before now implemented many intervention programmes in Nigeria in areas of skills acquisition in digital technology and other areas, youths and women empowerment, job creation and poverty reduction among others.

He had said, “It is worthwhile to state that in my commitment to the development of our people both infrastructural-wise and in capacity, the Unubiko Foundation has just launched a N250 million intervention fund to rebuild the Ovukwu-Abam Secondary School, Atan Abam in Abia State and I invite all of us to be part of the future we are building.”

Previous, the Foundation had embarked on various youth empowerment programmes in Abia State.

It had pointed out that the interventions were necessary to accelerate the shift towards digitally-focused empowerment of youths in Abia State due to rising insecurity and youth unemployment.

It had also stated that its aim was to re-channel the negative vibes that some youths invest in unproductive ventures to something useful by starting to build enduring products and solutions that would power Africa with tech-innovation.