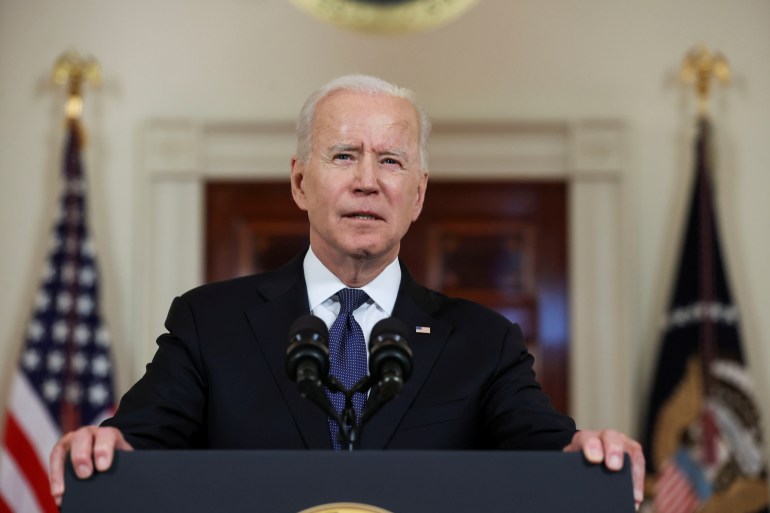 U.S. President Joe Biden has commended a ceasefire agreement between Israel and Hamas in the Gaza Strip and further promised that the U.S. will continue to support Israel militarily.

Biden made the remarks at the White House in Washington, DC as Israel and Hamas agreed to a ceasefire proposal by Egypt which will take effect early Friday in Gaza.

“The United States fully supports Israel’s right to defend itself against indiscriminate rocket attacks by Hamas and other Gaza-based terrorist groups that have taken the lives of innocent civilians.

“These hostilities have resulted in tragic deaths of so many civilians, including children, and I send my sincere condolences to all the families, Israeli and Palestinian, who have lost loved ones,” he said.

Earlier in a telephone call with Israel’s Prime Minister Benjamin Netanyahu on Thursday, Biden said he “commended” the Israelis for bringing the immediate conflict to an end after 11 days and assured Netanyahu of continuing U.S. military support.

The U.S. leader said he thanked the Egyptians for their role in brokering the agreement.

Biden said the U.S. would work with the UN and other international organisations to “provide rapid humanitarian assistance” for the people of Gaza.

“We will do this in full partnership with the Palestinian Authority, not Hamas in a manner that does not permit Hamas to simply restock its military arsenal.

“I believe the Palestinians and Israelis equally deserve to live safely and securely and to enjoy equal measures of freedom, prosperity and democracy,’’ he said.

Israeli Prime Minister Benjamin Netanyahu’s Security Cabinet voted on Thursday in favour of halting their military activity in the Gaza Strip, as the Palestinian militant group Hamas agrees to a “mutual and simultaneous” cease-fire, according to reports.

News of the impending cease-fire came after mounting international pressure for an end to the violence between both sides.