US Demands Significant De Escalation Of Violence In Gaza 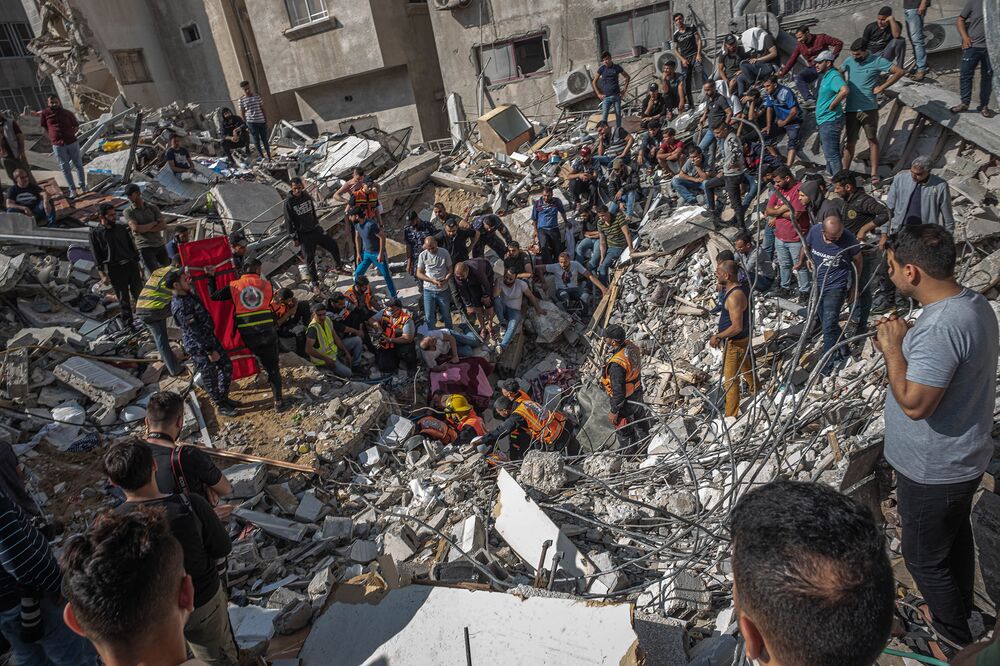 The United States of America has called for significant de escalation of violence in Gaza as the latest round of fighting marks the worst outbreak of violence since the war between Israel and Hamas in 2014.

Biden is facing growing pressure from his own party to do more to end the violence.

More than 130 Democratic members of the US House of Representatives on Wednesday signed a letter “strenuously” urging the president to “boldly lead and take decisive action to end the violence” by pressing both sides to negotiate a cease-fire.

“Too many people have already died. More will unnecessarily perish if America does not act with the immediacy this violence demands;” according to the letter signed by House Democrats.

In Tel Aviv, Netanyahu briefed foreign diplomats and ambassadors on the worsening violence and reiterated previous claims; that the Israeli military tries” to target those who target us with great precision.”

“There is no army in the world that does more than the Israeli army, in the Israeli security services; in Israeli intelligence to prevent collateral damage,” Netanyahu said.

Netanyahu added that Hamas “is embedded deeply in civilian areas” in order to use civilians as human shields.

The dramatic escalation of tensions followed protests; over the potential eviction of Palestinian families from a neighborhood in east Jerusalem by Israel’s Supreme Court.

In Jerusalem on May 7, Israeli security forces clashed with stone-throwing Palestinians near Al-Aqsa Mosque; Islam’s third holiest site in advance of a court hearing three days later in the eviction case.

With tensions rising, the high court delayed the hearing in the case brought by right-wing Israelis.

“We have had over 60 calls, from the president on down, with senior leaders in Israel; the Palestinian Authority and other leaders in the region,” White House principal deputy press secretary Karine Jean-Pierre told reporters aboard Air Force One.

“The president has done this for a long time, for decades, he believes this is the approach we need to be taking. He wants to make sure; we end the violence as well as the suffering we have seen for the Palestinian and Israeli people,” Jean-Pierre added.

When pressed for more details of the call, Jean-Pierre said she would let the formal readout “speak for itself.”

Biden told Netanyahu earlier in the week that the U.S. supported a cease-fire; amid a call from 28 Democratic senators for an immediate end to the violence.

“The President reiterated his firm support for Israel’s right to defend itself against indiscriminate rocket attacks. The President welcomed efforts to address intercommunal violence and to also bring calm to Jerusalem;” according to a White House readout of that call.