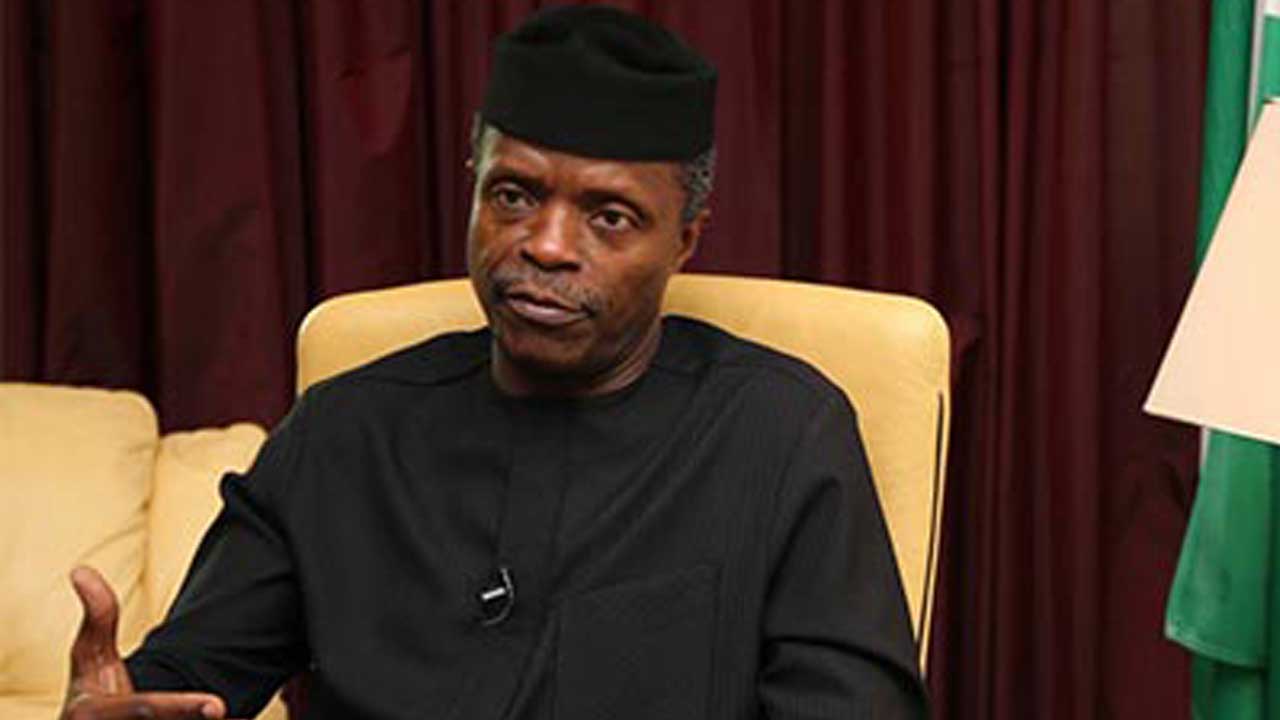 Osinbajo in a statement clarified that what he approved for the Nigerian National Petroleum Corporation when President Muhammadu Buhari was away on medical vacation were financing loans and not contracts.

According to a statement by his Senior Special Assistant on Media and Publicity, Mr. Laolu Akande, the Vice-President made the clarification while answering reporters’ questions after the groundbreaking ceremony of the multi-billion naira  Bonny-Bodo Road project, in Bonny, Rivers State.

Akande quoted Osinbajo as explaining that the approvals he granted to the NNPC while he was Acting President were for financing arrangements for the Joint Ventures between the corporation and the IOCs, and not approvals for contracts.

“These were financing loans. Of course, you know what the Joint Ventures are, with the lOCs, like Chevron, that had to procure.  In some cases, NNPC and their Joint Venture partners have to secure loans and they need authorisation to secure those loans while the President was away

“The law actually provides for those authorisations. So, I did grant two of them and those were presidential approvals, but they are specifically for financing joint ventures and they are loans not contracts,” Akande quoted the Vice-President as saying.

Osinbajo’s spokesman recalled that he had earlier in the day gave a similar explanation on his Twitter handle, @akandeoj.

Akande had tweeted, “In response to media inquiries on the NNPC Joint Venture financing arrangements, VP Osinbajo, as Acting President, approved the recommendations after due diligence and adherence to established procedures.

“This was, of course, necessary to deal with huge backlog of unpaid cash calls which the Buhari administration inherited, and to incentivise much-needed fresh investments in the oil and gas sector.”

Meanwhile, the Pan Niger Delta Forum on has  called on President Buhari to urgently appoint a substantive Minister of Petroleum Resources to effectively run the activities of oil and gas industry in the country.

PANDEF also came hard on the Group Managing Director, NNPC, Maikanti Baru, saying that narrative available clearly showed that he flouted the relevant provisions of the constitution in the alleged $25bn contracts he awarded without recourse to the Minister of State for Petroleum Resources, Dr. Ibe Kachikwu.

In a statement signed by the Coordinating Secretary of the group, Dr. Alfred Mulade, PANDEF, which is the umbrella body for the Niger Delta leaders from the various ethnic nationalities, expressed sadness with the manner the Presidency was handling the issues.

It also condemned the manner by which Kachikwu was allegedly sidelined despite being the chairman of the NNPC board in the awards of contracts and appointments, adding that such disdain was an insult on the people of the Niger Delta region from where the nation’s oil and gas are produced.

PANDEF, which is under the leadership of Chief Edwin Clark, demanded that the $25bn contracts and procurements made by the NNPC should be revoked and re-awarded after undergoing a thorough process of checks and balances.

“This we intend to challenge at the court of law. It should be made more competitive and transparent with appropriate checks and balances and if the President must accept them, Nigerians want to know the actual values of such contracts as the name of those who bid and won the contract,” the statement further added. Source- punch..