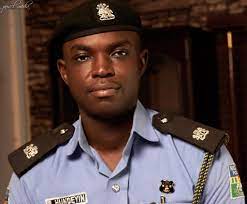 A violent protest erupted in the Ojota area of Lagos on Monday when Yoruba Nation agitators stormed the area.

Two police officers were shot while engaging the protesters and are currently receiving treatment at an undisclosed hospital, while four suspects have also been arrested.

Hundeyin noted that the State Police Command will not allow any person or group of persons, under any guise to disrupt the peace currently being enjoyed in the State.

“In the early hours of today, miscreants masquerading as Yoruba Nation Agitators came out in their hundreds, disrupting social and commercial activities at Ojota area of the State.

“A team of police officers, comprising Alausa Division and the Raid Respond Squad (RRS) promptly stepped in to disperse the unlawful gathering and prevent a breakdown of law and order. The miscreants attacked the police, shooting, and destroyed two vehicles in the process.

“One person has been confirmed dead, while two police officers shot by the miscreants are currently receiving treatment. Four suspects have been arrested and investigations have commenced.

“Meanwhile, normalcy has been restored to the area. Lagosians are urged to go about their lawful businesses as measures have been put in place to prevent further breakdown of law and order; and keen monitoring of the situation continues.

“It is imperative to state unequivocally that the Lagos State Police Command will not allow any person or group of persons, under whatever guise, disrupt the peace currently enjoyed in the State,” he tweeted via his verified Twitter handle.