Western response to Russian use of nukes would be ‘devastating’ — Petraeus 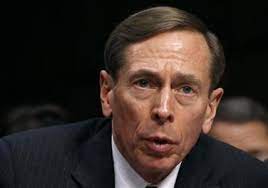 Western allies’ answer to the possible Russian use of nuclear weapons in Ukraine would be “devastating,” former CIA director David Petraeus told DW.

According to Petraeus, Western countries are communicating with Russia that use of nuclear weapons in Ukraine would bring a catastrophic response.

He also assumed that this response would include targeting of Russian forces in Ukraine and on Black Sea.

“It would be devastating for Russian forces there,” Petraeus said.

However, he said that the possibility of Russian use of nuclear weapons should be taken seriously.

“I don’t think that is so likely, but something so dangerous and horrific does have to be taken seriously,” Petraeus said.

The so- called “referendums ” held over last few days in the occupied regions of Ukraine were “a work of fiction,” Alexander Hug, the former principal deputy chief monitor of the OSCE special monitoring mission to Ukraine, told DW.

“And a very obscene fiction that is in which viewers are invited to suppose that victims of atrocities committed by the Russian armed forces might side with the perpetrators of them,” he said.

According to Hug, the script for what happened and what will happen in occupied Ukrainian regions has been written a long time ago.

“What happened in 2014 [annexation of Crimea and Russian interference in Donbas] was probably the precursor of what we now may see to be unfold in these four areas,” he said.

However, Hug emphasized that Ukraine has all the right to defend its territory. “That remains its territory after these illegal actions that Russia took,” he said.