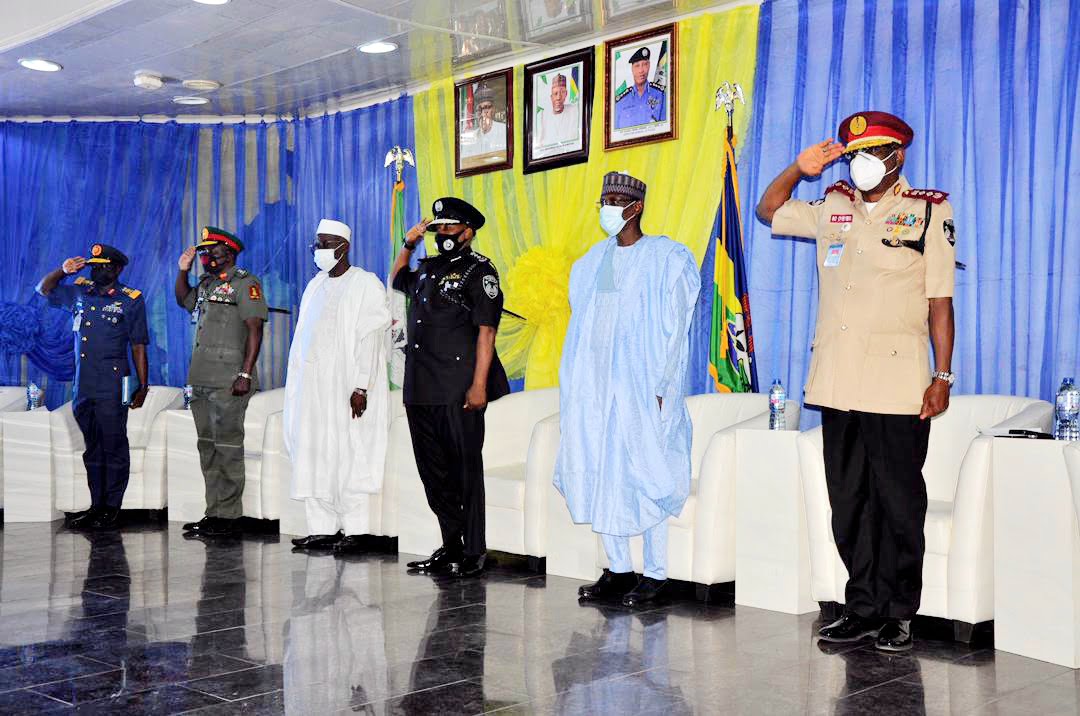 The Minister stated that the government deliberately took this position to have many hands in the force.

With this action, the Police Force has retained experienced and professionals that would contribute toward sustaining the relative peace of the country, he said.

According to him, this is the first in the recent history of the Police which had facilitated the availability of additional manpower to prosecute the fight against insecurity in the country.

He made this known during the decoration of 24 newly promoted Commissioner of Police to Assistant Inspector General held at the International Peace Centre Conference room in Abuja.

Dingyadi said that the criteria for the appointment of the new AIG’s were purely on merit, professional conduct, and individual performance and urged the newly appointed AIG’s to redouble their efforts to curb the insecurity in Nigeria.

The Minister reiterated the present administration commitment to the welfare and repositioning of the Police Force noting that Mr. President has directed Salaries and Wages Commission to come out with new salary structure which he said it is in progress and urged them to do their best to justify the confidence repose on them.

“To whom much is given, much is expected. Officers should re-double their effort in the fight against insecurity which had bedeviled the country today. A lot is expected of you in contributing your quota towards the sustainability of peace and unity in the country”. he said.

In his goodwill message on behalf of the Armed Forces and Paramilitary, the Chief of Army Staff, Lieutenant General, Faruq Yahaya said that security agencies are expected to tap from the wealth of experience, commitment, dedication, and unblemished service of the new AIG’s whenever they are deployed to critical areas.

“No one agency can do it alone today, for us to work together and synergize and bring each agency uniqueness and competency together in unison against both known and unknown adversaries, none can withstand our collective efforts” He stressed.

Earlier, the Inspector-General of Police, Usman Alkali Baba said that as the nation faced with complex security challenges, it is expedient that the Nigeria Police Force being the lead agency in internal security management is repositioned to deal with the current dynamics of crime and future security threats.

He said the process requires a deliberate manpower development policy that will identify, elevate, and position professionally competent officers who will act as the strategic policy managers that will drive police vision and give effect to strategies that are directed at responding to such current and emerging security threats.