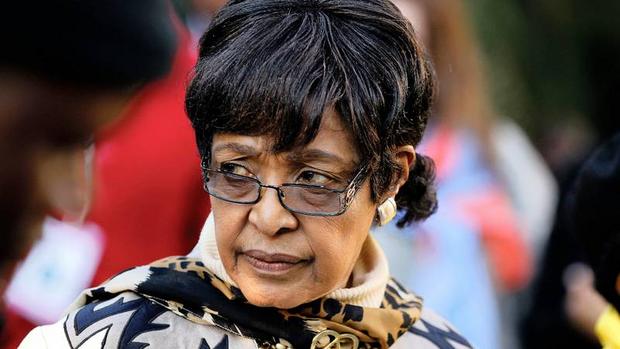 Most truly great men of history almost always have the rare gift of being supported by strong but often complicated women. The late South African icon and one of the greatest men of the last century, Mr Nelson Mandela, was no exception. His former wife, Winnie Madikizela-Mandela, who passed away yesterday, was one of such women. Her stoic allegiance to Mandela was perhaps the strongest bond that kept his own commitment alive and provided that stubborn hope that at the end of his sacrifice, waiting for him would be a symbol of love and abiding solidarity.

Throughout the 27 years the late Mandela remained in incarceration, his longing for his beloved Winnie also became symbolic of his longing for the beloved motherland. Thus in his celebrated collection, “Letters to Winnie”, it’s very clear that she was for Mandela both an emotional anchor and an embodiment of patriotic hope. Being human, Mandela’s long absence tested Winnie’s strength to its limits and the system did much to damage her.

It is instructive to underline that Winnie was not just another woman waiting idly for an imprisoned husband. She embraced and embodied the anti-apartheid struggle with full strength. She remained in the forefront of the fight against the regime that oppressed the black people in their own country. Her role as one of the leaders of the African National Congress (ANC) was not restricted to the role of women. She also led and supported the fiery youth wing such that at the end, she was much more than Mandela’s wife.

As to be expected, the evil machinations of the apartheid regime fought back against Winnie in equal measure. Trumped up charges, including for murder were levelled against her. Even where the law of raw evidence compelled a guilty verdict, the political context of her alleged crimes was never lost on her followers and the rest of the world. Her political gravitas was weightier than the technicalities of legal contrivance.

It remains historically significant that when Mandela was released from custody on February 11, 1990, he was hand-in-hand with Winnie; the love of his life and eternal comrade in the struggle against apartheid and racist impunity. But by then the damage had been done to their marriage. Tried as both did to paper over the crack, the long years of separation and the pressures of struggle had taken their toll. Eventually, they had to go their separate ways. But the separation and divorce that naturally followed pale into insignificance against the backdrop of the titanic struggles they had endured and survived together. What followed were entries in a mere human footnote.

For sure, Winnie had her faults and she never got away with them since she was under constant searchlight. The post-apartheid government headed by her former husband established a Truth and Reconciliation Committee to investigate past human rights abuses and there were several violent activities credited to her during the 1980s. But she retained the affection of many of her supporters within the ANC who dubbed her the “Mother of the Nation”. As a senior ANC figure, she also held several positions in government, including being Deputy Minister of Arts, Culture, Science and Technology before she was dismissed over allegations of corruption. Yet that did not even diminish her in the eyes of her supporters.

As the world therefore mourns the passing of Winnie Madikizela-Mandela, it is her role as a historic personage and the sacrifices that she made for her country and indeed the black race that she bequeaths as legacies. As Shakespeare says in King Lear: “Upon such sacrifices, the gods themselves throw incense”.- Citizen