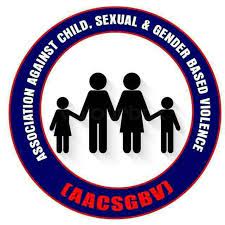 The Association Against Child Sexual and Gender Based Violence (AACSGB) has called for urgent action to eliminate all forms of abuse against children in the country.
Mrs Ufuoma Akpobi, Coordinator, AACSGB, Edo chapter, made the call in an interview with the News Agency of Nigeria (NAN) in Benin on Thursday.
Akpobi said child abuse is a universal reality that exists in all societies  and cultures.
She said that it negatively affects the well-being and productivity of children in their homes and communities.
”Cases of child abuse especially, sexually and trafficking is on the increase.
”We need strong laws to be enforced to punish perpetrators of child abuse to serve as deterrent.
”Traditional and communities leaders should be involved in creating awareness on  the effects of abuse on the child.
“The rate at which very tender children are abused by family members is alarming; most times the victims do not get justice because the family cover up,” she said.
The AACSGB co-ordination proposed stricter laws against offenders to reduce the rate of child abuse and sexual molestation
“Counselling units should be strengthened and incorporated in schools to teach and counsel children  on reporting sexual abuses,” she said. (NAN)