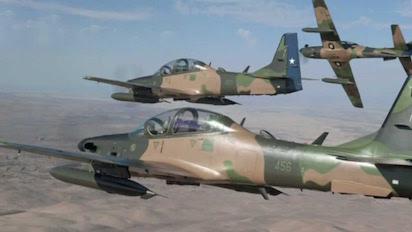 The induction ceremony of the newly acquired A-29 Super Tucano aircraft into the Nigerian Air Force (NAF) Order of Battle has been scheduled to take place on Tuesday, 31 August 2021 at the 011 Presidential Air Fleet Apron, Nnamdi Azikiwe International Airport, Abuja.

It would be recalled that the first batch of 6 A-29 Super Tucano aircraft arrived Kano, Nigeria on 22 July 2021. On arrival, the aircraft were received by the Honourable Minister of Defence, Major General Bashir Magashi (Rtd), alongside the Chief of Army Staff, Lieutenant General Faruk Yahaya and the Chief of Air Staff, Air Marshal Oladayo Amao. The second batch of the remaining 6 A-29 Super Tucanos are expected in Nigeria before the end of 2021.