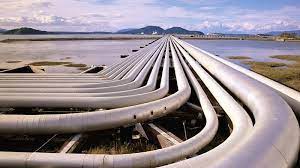 The technical committee of the Nigeria-Morocco gas pipeline project, composed of representatives of the oil companies of Senegal, Mauritania and Nigeria, ECOWAS and Morocco, have appraised progress of the project with a view to ensure timely completion and commissioning of the project.

The team held a meeting in Rabat November 7 to 11 to discuss the progress of this strategic project.

The meeting took place just a day after King Mohammed VI highlighted the strategic importance of the project in a speech marking the 47th anniversary of the Green March, celebrated November 6.

In his speech, King Mohammed VI hailed the progress made in the Nigeria-Morocco gas pipeline project, describing it as a “project for peace, for African economic integration and for co-development” and underlining that this strategic project is destined for the present and for future generations and will benefit all of West Africa, home to more than 440 million people.

It provides opportunities as well as guarantees in terms of energy security and economic, industrial and social development for the fifteen ECOWAS Member Countries, as well as for Morocco and Mauritania, said the King, commending the support of regional and international financing institutions which expressed their wish to participate in its implementation.
The participating delegations in the Rabat meeting expressed their satisfaction with the progress of the project and praised the leadership of the King and his commitment to the success of this strategic project in the interest of the West African sub-region.

During the Rabat meeting, international firms committed to the project made presentations on different topics related to the NMGP, the National Office of Hydrocarbons and Mines (ONHYM) said in a statement.

On the sidelines of the meeting, participants visited the facilities of the Maghreb-Europe gas pipeline, to which the Nigeria-Morocco pipeline will be connected, and wherefrom part of the African gas will be exported to Europe.

ONHYM teams made a presentation on how the pipeline currently ensures the transport of gas purchased internationally, unloaded in Spain and transported to Morocco in reverse flow, the statement said.

In another development, a “Diplomatic Crossroads” which brought together some forty ambassadors accredited in Morocco was held Friday by the Diplomatic Foundation.

During the gathering, ONHYM Director General Amina Benkhadra highlighted the advantages of the NMGP pipeline, saying it is a structuring project for the development and economic and social integration of the African continent.

This project is of utmost importance, as it allows access to energy for all countries in the sub-region and guarantees an “extremely necessary” integration for the continent, she said.

The Nigeria-Morocco Gas Pipeline Project (NMGP) was launched by King Mohammed VI and President Muhammadu Bukhari of Nigeria in 2015 and a related contract was signed in December 2016.

Several working sessions were held by the two sides, namely the Nigerian National Petroleum Company (NNPC Ltd), and ONHYM and recently they signed in Rabat a Memorandum of Understanding with the Economic Community of West African States (ECOWAS), and another MoU was signed in Nouakchott, with Mauritania and Senegal.