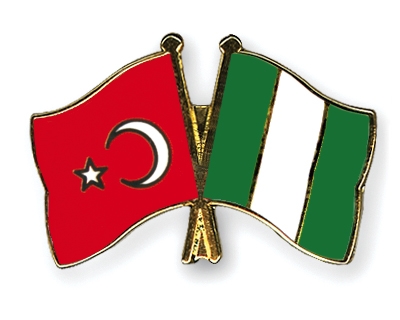 The Turkish Ambassador to Nigeria, Hakan Çakil, has said that the trade value between Nigeria and Turkey in the first seven months of 2016 stood at $600 million.

Mr. Çakil said this in Abuja at a dinner to mark the 93rd anniversary of the founding of Turkey.

“In the first seven months of this year, we have exceeded $600 million total trade volume; this means that by the end of this year we will exceed one billion dollars.

“We have the trade figure up till July for the time being.

“This does not mean that trade is decreasing, the volume is still the same but because of the decrease in oil and gas prices, we pay less,” he said.

He added that approximately 70 Turkish companies operated in Nigeria and that other imports from Nigeria to Turkey included crude oil, palm oil and sesame oil.

He said Nigeria is one of Turkey’s most important providers of natural gas, stressing that, “we are importing lots of LNG from Nigeria. “

The envoy also said that the forthcoming Turkey-Africa Economic and Business Forum (TABEF 2016) would explore various economic opportunities and promote economic relations between his country and African nations.

The forum would be held in Istanbul from November 2 to 3.

“Between November 2 and 3, there will be a Turkey-Africa Business Economic Forum in Turkey and the Nigerian delegation will be one of the largest.

“Approximately 90 participants from Nigeria will be in attendance, every sub-Saharan country is attending with official and private committees.

“We talked with the Nigerian authorities, I personally requested, and we are expecting two official delegations from Nigeria; one from the Ministry of Trade and Investment and the second from Nigeria Investment Promotion Commission (NIPC).

TABEF 2016 is organised to foster trade relations between Turkey and African countries, by providing unique occasions to delegates in building networks and creating new business opportunities.

The forum would have more than 5,000 African and Turkish business people and has as its theme: “Financing African Investment Projects: Infrastructure, Transportation and Energy.”