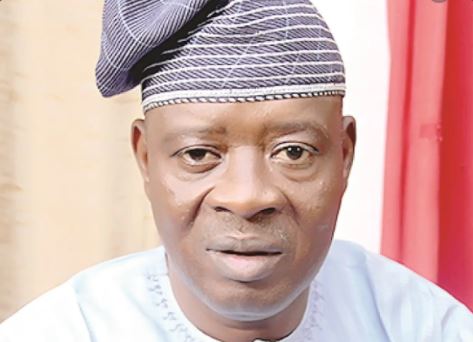 The Oyo State Commissioner for Education, Barrister Abdulraheem Abiodun Abdulrahman, has declared that the administration of Governor ‘Seyi Makinde has turned the fortunes of the Education sector around in a little over three years.

The Commissioner, who stated this while providing updates on the scorecard of his Ministry, debunked a recent publication credited to a group known as Better Oyo Movement (BOM), which alleged the preponderance of dilapidated school buildings in the state.

A statement by the Chief Press Secretary to the state governor, Mr. Taiwo Adisa, quoted the Commissioner as saying that whereas the state of infrastructure in the public schools was a shadow of its past glories as of May 2019, when the present administration came on board, the current government has turned the situation around positively.

“It is true that public schools were nothing to write home about as of 29th May, 2019 due to several years of neglect by previous administrations in the State.

“In addition, many children of school age withdrew from schools because their parents could not afford to pay their school fees, which culminated in the State having the highest number of out-of-school children in the whole of South-West,” the Commissioner said.

He, however, disclosed that to correct the ills of the past, the Governor Seyi Makinde-led administration, having realised that the provision of quality education will undoubtedly facilitate the laying of a solid foundation for socio-economic growth, immediately introduced the Free and Qualitative Education Policy in the State with the cancellation of all forms of fees and levies, on assumption office.

He said: “Consequently, many pupils/students who had hitherto withdrawn from schools because of their parents’ inability to pay their school fees returned to schools.

“This mass-oriented free education policy of the State Government in spite of dwindling economy, led to an unprecedented upsurge in school enrolment in Public Schools which astronomically rose from 371,040 in 3rd Term, 2018/2019 Academic Session to 489,112 as at the end of 3rd Term, 2021/2022 Academic Session.

“This represents about 32% increase in students’ enrolment and has brought about a drastic reduction in the number of out-of-school children (OOSC) on the streets.”

He also stated that the current administration has prioritised the provision of infrastructural facilities in schools added with qualified teaching personnel, improved curriculum content and other educational resources.

According to Abdulrahman, the state government has constructed no fewer than 60 model classroom buildings aside the rehabilitation of buildings in Public Primary and Junior Secondary Schools across the State.

“At least 26,500 pairs of students’ furniture for Public Secondary Schools are already supplied to schools across the State,” he stated.

At the Millennium Secondary School, Ogbomoso, alone, a school started by the Late Otunba Christopher Alao-Akala regime and subsequently left uncompleted, 450 pairs of students’ furniture were supplied as well aside that of teachers and laboratory furniture, the Commissioner added.

He further submitted: “As a result of the positive rating secured by the Makinde-led administration in the education sector, Oyo State is the only beneficiary State of Better Education Service Delivery for All (BESDA) Project in the South-Western Nigeria.

“The choice of the State for the project was strictly based on the state government’s unceasing efforts at reducing the issue of Out-Of-School Children (OOSC) on our streets to the barest minimum.

“Furthermore, Oyo State is currently one of the three States in the Federation considered for the Global Partnership on Education (GPE2) Project, otherwise known as BESDA Additional Fund-Transforming Education System at State Levels (BESDAAF-TESS) by the Federal Ministry of Education (FME), in collaboration with the World Bank.

“This is as a result of successful implementation of BESDA Project and prompt submission of accurate and reliable educational data through the Annual School Census (ASC).

“It is also worthy to note that in spite of sharp rise in educational expenditures and global economic recession, Governor Seyi Makinde recently approved the rehabilitation/renovation of 66 public Senior Secondary School buildings across the State, while another 99 public Junior Secondary School buildings are being considered for urgent interventions in the area of rehabilitation/renovation by Oyo SUBEB.

“All these are serious indications that the issue of infrastructural decay and deficit inherited by the current administration is being tackled head-on.

“It is to be noted that Oyo State at present has a total number of 649 public Secondary Schools and 2,450 public Primary Schools and that there is no magic anyone can do in three years to get all of the schools fixed in a fell swoop, going by the state of dilapidated infrastructure and state of finances of the State.

“We want to put it on record, however, that going by the commitment of the present administration to the betterment of our education sector, it won’t take any longer before all the schools in the state wear good looks.

“It is also necessary to inform the public that the allegation that the State Government had only released grants to schools in two terms out of ten is unfounded and mischievous as schools conduct their examinations and provide other logistics every term from funds released to them by the government.”