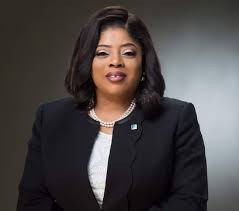 Represented by Isaiah Ndukwe, Director, Export and Agric Division of the Bank, the CEO, said that creating a multiple development dimension in cocoa product would move current $1 billion earning to $3 billion for the country per annum.

She also said the country stands the chance to boost foreign exchange revenue from expanded cashew production to $600 million from present $200 million.

“At 3x increase in revenue, Nigeria can move cocoa exports to US$3 Billion per annum (currently about $1 Billion) and cashew to US$600 Million (currently about US$200 Million) in the short term to medium term.” explained Onyeali-Ikpe.

How can this be achieved? She explained, “Using Cocoa and Cashew as examples, a step forward in the value chain e.g. (a) moving from cocoa beans to cocoa butter or powder and (b) moving from raw cashew nuts to kernels, moves foreign exchange revenues by at least 3x.

“If we then doubled the capacity of our plantations as well as processing capacity, we can exponentially move the numbers.”

“We can also move from soyabeans to soya bean meal and oil, we can move from skin to leather, the opportunities are endless.”

According to her, This is not a reinvention of the wheel; it is a tried and tested lever for sustainable economic development. This is the same model that was used by the Association of South-East Asian Nations (ASEAN) i.e. Malaysia, Indonesia, Thailand and Vietnam to transform their economies into global manufacturing powerhouses.

Sharing more examples, she said, “Let us look at the case of Vietnam. Vietnam’s total annual exports is about US$300 Billion. 21% (US$63 Billion) of that is Agro based. In 2021, Nigeria’s total exports was about US$45.7 Billion which is about 72.5% of Vietnams Agro exports.

Unfortunately, she recalled that “Most of our raw cashew nut exports go to Vietnam where more value is added to it and then re-exported. In 2020, Vietnam imported US$1.5 Billion worth of raw cashew nuts from Africa, added value to them and exported US$3 Billion worth of processed kernels. That uplift of US$1.5 Billion represents jobs and tax revenue opportunities that we could have created if this value addition was done in Africa.”

“However, it is important to note that these economic opportunity losses are primarily a factor of our poor competitive advantage levels. From a global market perspective, export business is a game of ‘competitiveness’. And this takes me to my final point.” she said.

She said Nigeria has no choice but to double efforts to improve on Non-Oil exports.

“When we say export or bleed out, people think that we are being overly dramatic. We are not. That is literally what happens to your economy when you don’t export.

“It can no longer be business as usual if Nigeria is going to navigate itself out of current trade imbalances. Before we had the luxury of not paying attention to the Non-oil Export space. It now presents an existential threat” she warned.

Current market headwinds, clean energy rhetoric out of the West and the emergence of electric vehicle is brewing a perfect storm for Nigeria, she noted adding,”Externalities like the African Continental Free Trade Area (AFCFTA) which means freer movement of capital, talent and enterprise compounds the problem. It is swim or sink.”

Speaking further she declared, “We either sell to other countries or get buried by an avalanche of imported goods whilst bleeding jobs and associated tax revenues. It is a geoeconomics game, once you cede ground, it’s tough to get it back.

“Never has the need for expansion of Nigeria’s non-oil exports been more critical given current economic situations. These headwinds has again reinforced the need for local businesses to diversify their markets to hedge against consequent shifts in macro-economic indices including but not limited to inflationary and exchange rate movements.”

Asides the foreign exchange play, another key upside to an export-orientated business is that it makes the enterprise very competitive over time especially in key performance metrics like process improvement, product design, packaging and quality.

These were some of the opportunities that we saw years ago when we steered the focus of our banking business to exports as a strategic business. And even back then, we realized that while it was important to expand the non-oil exports space, it was even more critical to add value to what we export. And this takes me to my next point’ she added