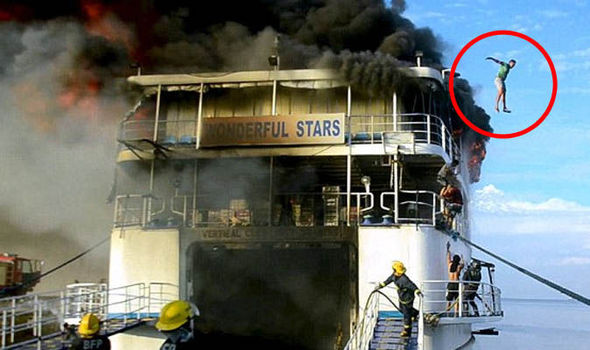 Two crew members of a Maltese-flagged chemical tanker have died following inhalation of toxic fumes while working in one of the ship’s tanks.

The Norwegian police said that the two sailors were airlifted from the vessel on September 1 and taken to a hospital in Alesund after being found unconscious in one of the ship’s tanks.

Once admitted for medical treatment, one of the crew members was declared dead while the other sailor was in critical condition, the police said.

Local media reported that the injured seafarer succumbed to his injuries and died on the following evening.

The two seafarers are believed to have died due to exposure to hydrogen sulphide, however, an investigation into the incident is yet to confirm the suspicions.

The ship in question has been identified as MT Key Fighter, which was instructed to dock at Maloy, Norway, so the crew could be questioned.

The chemical tanker, built in 1989, is registered as part of Sea Tank Chartering’s fleet. The company is yet to provide World Maritime News with a statement on the matter.

Meanwhile a fire broke out on board a passenger ferry MV Lite Ferry 28 on Sunday, September 2, while the ship was in the vicinity of Taloot Port Argao, Cebu, the Philippine Coast Guard informed.

The ferry was en route to Cebu Port from Tagbiliran, Bohol with 97 passengers, 27 crew and four rolling cargoes on board when the incident occurred.

Once informed of the fire, the coast guard sent a multi-role response vessel BRP Capones to render necessary assistance. The passengers and crew of the ferry were transferred to the landing craft tank Miami, which was plying nearby the incident area.

All passengers and crew were safely disembarked at Argao Port, according to the coast guard.

The fire was put under control by the coast guard on Sunday afternoon. The distressed vessel was later towed to Taloot Wharf, Argao, Cebu for safety and further investigation, reports World Maritime News.

Volkswagen To Resume Vehicle Assembly In Nigeria After Endorsing MoU